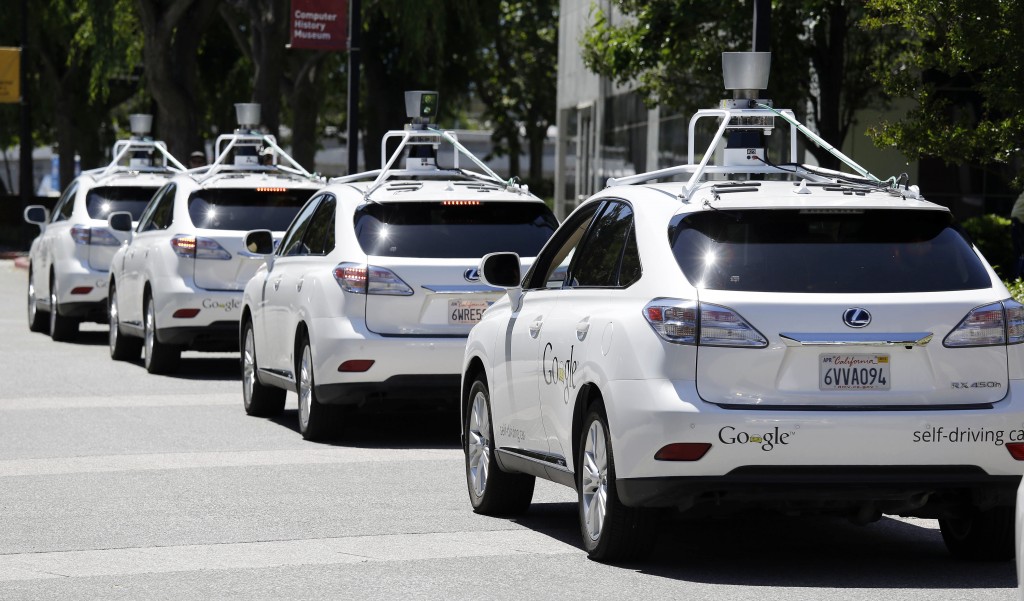 Self-driving cars are expected to usher in a new era of mobility, safety and convenience. The problem, say transportation researchers, is that people will use them too much.

Experts foresee robot cars chauffeuring children to school. The disabled and elderly will have new mobility. Commuters will be able to work, sleep, eat or enjoy themselves on the way to the office. People may stay home more because they can send their cars to do things like pick up groceries they’ve ordered online.

Researchers believe the number of miles driven will skyrocket. It’s less certain whether that will mean a corresponding surge in traffic congestion, but it’s a clear possibility.

Gary Silberg, an auto industry expert at accounting firm KPMG, compares it to the introduction of smartphones. “It will be indispensable to your life,” he said. “It will be all sorts of things we can’t even think of today.”

Cars that can drive themselves under limited conditions are expected to be available within five to 10 years. Versions able to navigate under most conditions may take 10 to 20 years.

Based on focus groups in Atlanta, Denver and Chicago, KPMG predicts autonomous “mobility-on-demand” services — think Uber and Lyft without a driver — will result in double-digit increases in travel by people in two age groups: those over 65, and those 16 to 24.

Vehicles traveled a record 3.1 trillion miles in the U.S. last year. Increased trips in autonomous cars by those two age groups would boost miles traveled by an additional 2 trillion miles annually by 2050, KPMG calculated. If self-driving cars without passengers start running errands, the increase could be double that.

And if people in their middle years, when driving is at its peak, also increase their travel, that yearly total could reach 8 trillion miles. “This could be massive,” Silberg said.

Driverless cars are expected to make travel both safer and cheaper. With human error responsible for 90 percent of traffic accidents, they’re expected to sharply reduce accidents, driving down the cost of insurance and repairs.

But the biggest cost of car travel is drivers’ time, said Don MacKenzie, a University of Washington transportation researcher. That cost comes down dramatically when people can use their travel time productively on other tasks.

A study by MacKenzie and other researchers published in the journal Transportation Research: Part A estimates that the vehicles can cut the cost of travel by as much as 80 percent. That in turn drives up miles traveled by 60 percent.

“You are talking about a technology that promises to make travel safer, cheaper, more convenient. And when you do that, you’d better expect people are going to do more of it,” MacKenzie said.

There’s a fork ahead in this driverless road, says a report by Lauren Isaac, manager of sustainable transportation at WSP/Parsons Brinckerhoff, that envisions either utopia or a nightmare.

In the best case, congestion is reduced because driverless cars and trucks are safer and can travel faster with reduced space between them. Highway lanes can be narrower because vehicles won’t need as much margin for error. There will be fewer accidents to tie up traffic. But those advantages will be limited as long as driverless cars share roads with conventional cars, likely for decades.

The ideal scenario above depends on a societal shift from private vehicle ownership to commercial fleets of driverless cars that can be quickly summoned with a phone app. Driverless fleets would have to become super-efficient carpools, picking up and dropping off multiple passengers traveling in the same direction.

The congestion nightmare would result if a large share of people can’t be persuaded to effectively share robot cars with strangers and to continue using mass transit, Isaac said.

A study last year by the International Transport Forum, a transportation policy think tank, simulated the impact on traffic in Lisbon, Portugal, if conventional cars were replaced with driverless cars that take either a single passenger at a time or several passengers together.

It found that as long as half of travel is still carried out by conventional cars, total vehicle miles traveled will increase from 30 to 90 percent, suggesting that even widespread sharing of driverless cars would mean greater congestion for a long time.

Airlines also may face new competition as people choose to travel by car at speeds well over 100 mph between cities a few hundred miles apart instead of flying. Transit agencies will need to rethink their services in order to stay competitive, especially because the elimination of a driver would make car-sharing services cheaper.

To make the shared-vehicle model work, government would have to impose congestion pricing on highways, restrict parking in urban centers, add more high-occupancy vehicle lanes and take other measures to discourage people from traveling alone in their self-driving cars.

Land-use policies may need to be adjusted to prevent sprawl, or people will move beyond the fringes of metropolitan areas for low-cost housing because they can work while commuting at high speeds. Taxes based on the number of miles a personal vehicle travels are another way to discourage car travel.

All these policy changes would be controversial and difficult to achieve.

While there are “loads of likely positive impacts for society associated with driverless technology,” people are right to worry about potential for huge increases in congestion, Isaac said.

“Without any government influence,” she said, “human nature is to get into that single occupancy vehicle.”