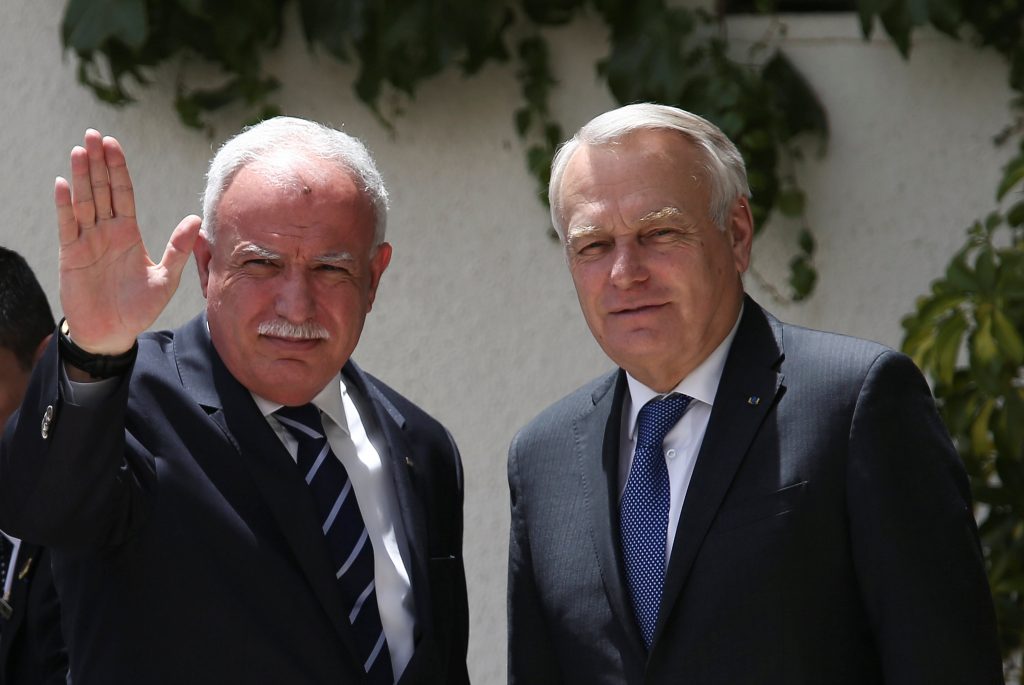 The French foreign minister met with Israeli and Palestinian leaders on Sunday and said an upcoming Paris summit aimed at restarting peace talks will proceed, despite Israeli objections that direct negotiations are the only way forward.

Paris is to host an international meeting in May of 20 countries, including Egypt, Saudi Arabia and Jordan, to discuss the peace process. Israel and the Palestinians have not been invited.

“We must demonstrate that the path that we are proposing will be the one that will allow for an exit out of the extremely serious situation, the impasse which we find ourselves in. I explained to him (Netanyahu) what that means,” Ayrault said. “I will not ask him to come to the meeting on May 30, he wasn’t invited, only at a second date. So I understand his disagreements, but it only convinces me of the need to do something to move this impasse,” he said, adding that he spoke “frankly” with the Israeli prime minister.

Netanyahu said that direct negotiations, without preconditions, are the best way to reach a final agreement and that “any other attempt only makes peace more remote and gives the Palestinians an escape hatch to avoid confronting the root of the conflict.”

“They simply avoid negotiating with us as part of their desire to avoid resolving the root of the conflict, which is recognizing the national state of the Jewish People, i.e. the State of Israel,” he said.

The Palestinians, who have welcomed the French proposal, also said it will be held as planned. Nabil Abu Rdeneh, an adviser to the Palestinian leader said: “The French and Arab efforts are ongoing and are on the right track to hold the international peace conference quickly.”

The Palestinian prime minister, Rami Hamdallah, told foreign reporters on Monday that after two decades of on-and-off negotiations with Israel, the Palestinians hope the French conference will help bring about new “parameters” for talks.

The last round of Israeli-Palestinian peace talks, mediated by the U.S., collapsed in 2014.