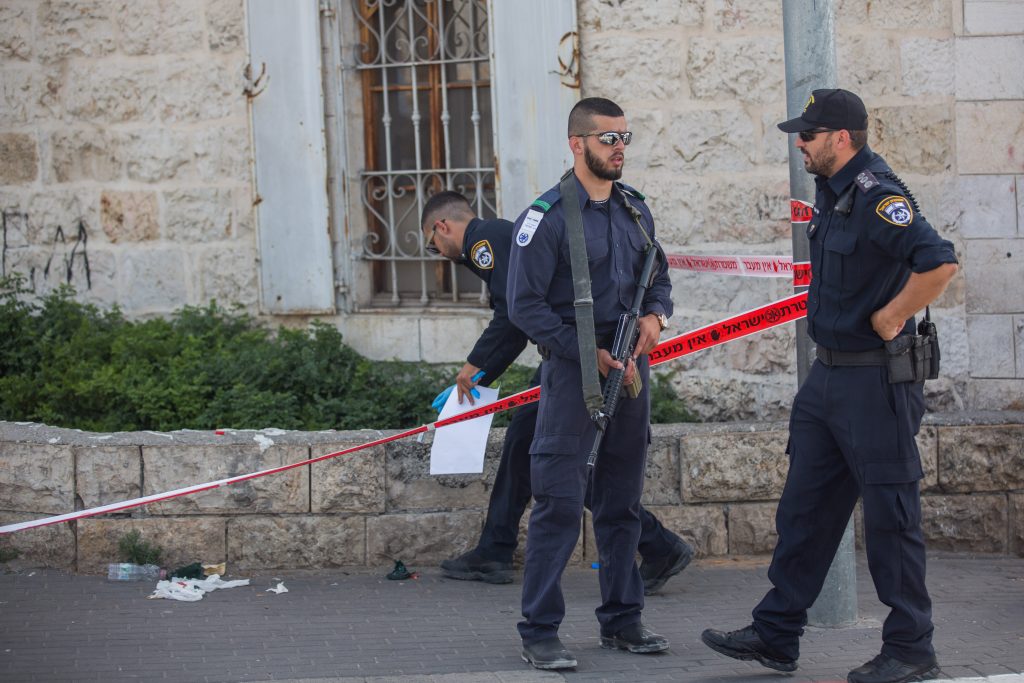 An Israeli man, in his 20s, was lightly wounded in a stabbing attack on Haneviim Street in Yerushalayim on Monday morning. The incident occurred at the edge of the Musrara neighborhood, not far from the Damascus Gate in the Old City.

The man was taken to the Shaare Zedek Medical Center for further treatment. He was stabbed in the upper body, near his shoulder.

Dovid Shekler, a United Hatzalah volunteer medic and ambucycle driver, who was the first respondee at the incident, said: “I saw a young man who was stabbed in his upper body and I began treating him. I continued to treat him until an emergency services ambulance arrived and evacuated him to the Shaarei Zedek hospital. He was full conscious at the time of transport.”

National Police Spokesman Micky Rosenfeld said that police who were stationed in the area heard yelling on Haneviim Street. Upon approaching the area, they saw the terrorist stabbing a Jewish man before fleeing the scene.

Rosenfeld says security forces chased down the 20-year-old terrorist, who tossed away his knife while running, and apprehended him without having to open fire.

Overnight Sunday, security officials said they arrested 15 wanted security suspects in different areas in Yehudah and Shomron. The suspects were wanted for participating in rioting and throwing stones and firebombs that endangered Israeli civilians and IDF soldiers. Several of the suspects were also charged with belonging to Hamas. All were being questioned on their activities by security forces.

On Sunday night, Arabs threw stones at the light rail in Yerushalayim in the area of Shu’afat. There were no injuries, but there was damage to the train.