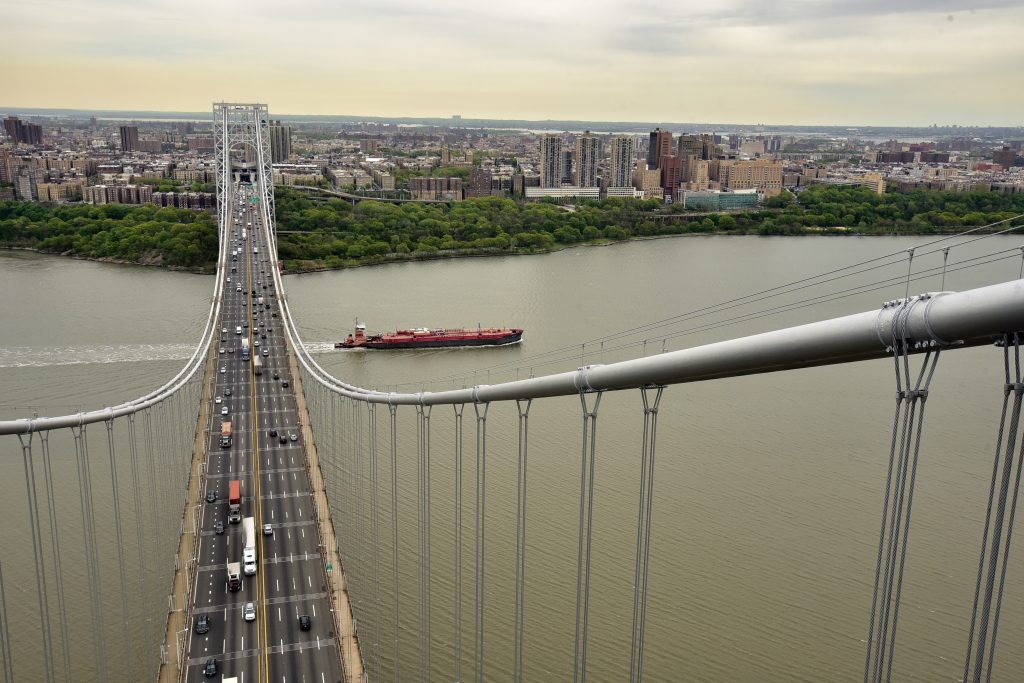 The Port Authority is starting a $1 billion project next year to give the George Washington Bridge a much-needed overhaul.

The eight-year project will replace each of the span’s 592 original suspender ropes and rehabilitate the 85-year-old bridge’s four main cables.

The bridge is the Port Authority’s largest net revenue producer, with its $10.50 E-ZPass, $15 cash and up to $126 truck tolls, and bridge manager Robert Durando said the agency’s priority during construction is to “protect the rush hour and local traffic” within Fort Lee. The work will probably require the closure of one lane after the morning rush hour and, if a second lane has to close, that will likely happen between 11 p.m. and 5 a.m., Durando said.

“Based on other work we’ve done eastbound and westbound, I feel pretty confident we will be minimally invasive with regard to the negative impact we have on traffic,” Durando said.

The suspender replacement is the centerpiece of the agency’s 10-year plan to “Restore the George,” and the project includes replacing access ramps and approaches to the bridge, which could require additional road closures.

The agency also plans to build an 11-foot-tall fence and replace the span’s necklace lighting with programmable LED lights.