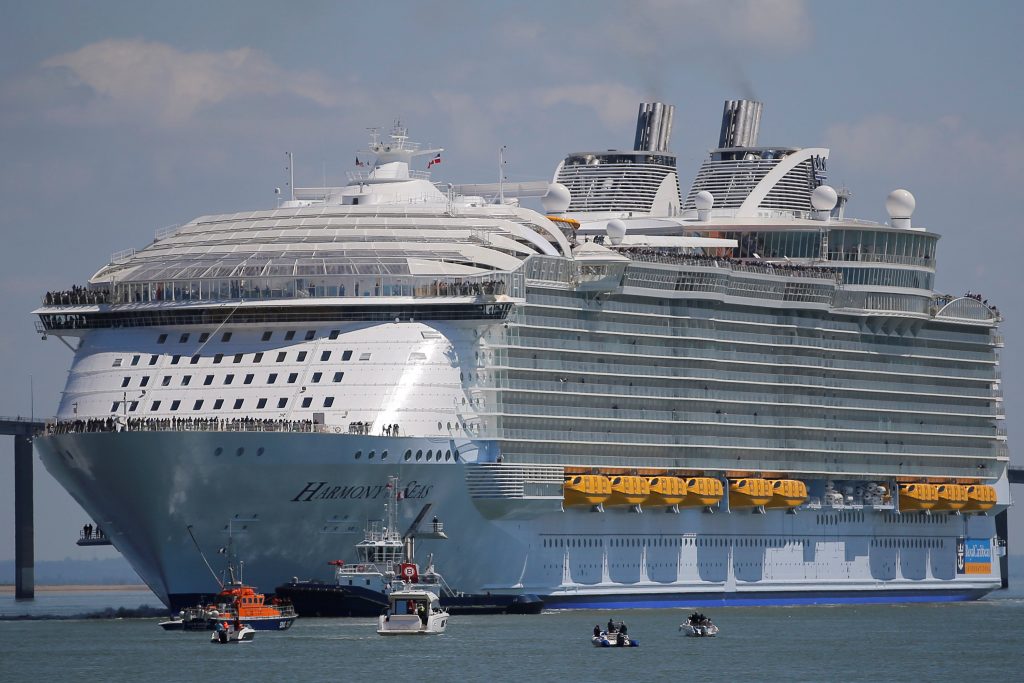 Tens of thousands of French well-wishers waved goodbye to the largest cruise ship in the world as it set sail on its maiden voyage to the U.K. after 32 months in a French shipyard.

The $1 billion Harmony of the Seas cut a gargantuan silhouette Sunday as it left the western port town of Saint-Nazaire.

At 1,187 feet long, the 16-deck ship is bigger than the Eiffel Tower and holds the record for being the widest cruise ship ever built – boasting a 6,360-passenger capacity.

The Harmony of the Seas is expected in Southampton on Tuesday, before its inaugural voyage on May 22 to Barcelona.