Politics Ryan: There’s No Timeline for Unifying Behind Trump
Politics 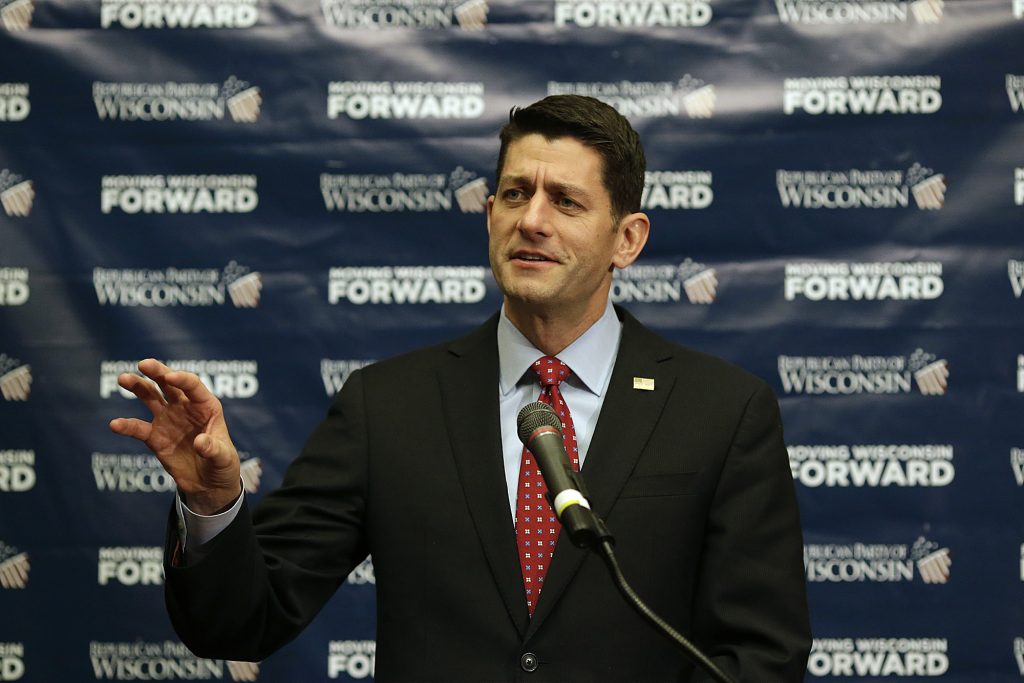 During a news conference Saturday in Green Bay, Wisconsin, reporters asked Ryan whether he hopes to have party unity before the GOP convention in July. He says “this is a process, we still have some time to go.”

Ryan also says that Republicans are in the process of unifying while “Democrats are still ripping each other apart.”

Ryan says he and Trump will have policy disputes, “no two ways about it,” but that it’s important there be “real party unity, not pretend party unity.”

Ryan says that while there are questions about Republicans refusing to back Trump, “we’re really in the never Hillary camp.”