Politics OPINION: History Is Repeating the Election of 1816
Politics 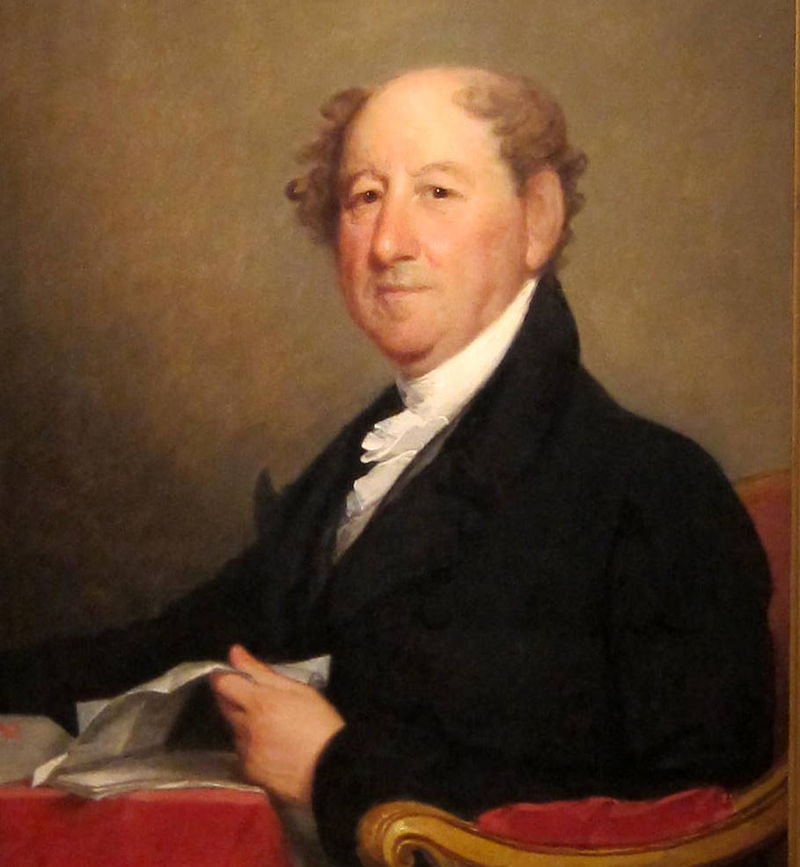 We’ve been here before.

A two-term incumbent, once unpopular but looking better and better to his critics as his time runs out, is about to leave office. He has brought a controversial end to an unpopular war. His secretary of state, who is not particularly well-liked, is nevertheless nominated to succeed him, even though critics say that the candidate will just continue a political dynasty and has been cozying up to bankers who care only about profits. The opposition, fractured by dissent, finds itself unable to run a serious convention, and winds up fielding a weak but wealthy candidate who hails from New York.

Welcome to 1816. Two hundred years ago, the nation faced an election with striking similarities to the present moment. The scholar in me cannot fail to point out both the parallels and the lessons to be learned.

Let’s set the scene: President James Madison has managed to escape office without quite losing the War of 1812. Even though the British burned down the White House, his supporters insist that the war was a great U.S. victory. His Democratic-Republican party nominates James Monroe, the secretary of state and a member of the Virginia dynasty that supplied four of the first five presidents. The opposition Federalist Party is coming apart at the seams. The Federalists nominate Rufus King in what is universally expected to be a losing cause.

The main argument against Monroe’s election was that Virginia had already won the presidency too often: eight of the nation’s first nine elections. Some commentators called this the “Secretary dynasty,” because it always seemed that the new president had been in the old one’s cabinet. The time had come, a few brave voices suggested, for the dynasty to end.

But nobody thought it would. So weak were the Federalists that the national election was a foregone conclusion. The leaders of the broken party therefore focused on what we today call down-ballot races, in a desperate effort to save what they could. As the historian C. Edward Skeen points out, Federalist broadsides at the state level often omitted any mention of the presidential race, warning instead that party unity had to be preserved so that local candidates could survive.

One Connecticut pamphlet, although all but begging voters to choose Federalists in state contests, explicitly conceded the nationwide election to the Republican machine. Monroe, in the words of his opponent, might have “had the zealous support of nobody,” but it made no difference. The Federalists, Skeen tells us, were uncoordinated, disorganized and not particularly good at planting favorable news coverage. The election itself “was essentially a non-event.” Monroe won the electoral college by a landslide, 183 to 34.

To be sure, the parallels between 1816 and 2016 are far from perfect. For one thing, nobody was surprised by the Federalist collapse. Battered by internal factionalism and external attacks for its opposition to the war, the party was already disintegrating. Federalists controlled neither house of Congress. Their only real stronghold was regional, in New England.

In the election of 1812, the Federalists had not even bothered to put up a candidate, instead throwing their support to a dissident group of Democratic-Republicans. Yet the war at least gave the dying party a reason to hang on. With the end of the conflict, wrote a Monroe biographer in 1921, “the Federalist party perished.” The ideas survived, but “no more was heard of it as a party.”

King was a weak candidate, but hardly a farcical one. He was not bombastic, unmannered, or self-aggrandizing; he was no Donald Trump. True, he was wealthy, through his marriage to Maria Alsop, daughter of a prominent New York family. He was also something of an eccentric. According to one story, the British during the Revolutionary War stole a chest containing jewels Rufus had given Maria as gifts. The chest was booby-trapped with “a pair of pistols” that “would explode if force was used to open it.” But King was no demagogue. He had served ably as both senator and diplomat, and had twice been his party’s (unsuccessful) nominee for vice president.

Like other Federalists, King had initially opposed the War of 1812, which he labeled “a war of party and not of country.” As Robert Ernst reminds us in his biography of King, the young nation’s commercial class, heavily Federalist in orientation, thought the war would be bad for business, and could never engender broad support. Yet when the war began, King patriotically gave Madison his support.

On many of the big issues of his day, King was on the right side. He fought against proposals that would have reduced popular influence in the election of the President. As he aged, he battled the expansion of slavery with increasing fervor. But history is a vast memory hole, and King has been largely forgotten. Writes Ernst, “His hopeless candidacy for the presidency in 1816 is noteworthy mainly because he was the last Federalist to make the race.”

As an outsider, I am in no position to give worried Republicans any advice. But they should at least ponder the lingering lesson of the election of two centuries ago. Had the Federalists seriously contested the presidency, they most assuredly would have lost anyway. But they might have remained a party. Instead, they abandoned the field to the winner, and were never heard from again.

Stephen Carter is a Bloomberg View columnist and a law professor at Yale.