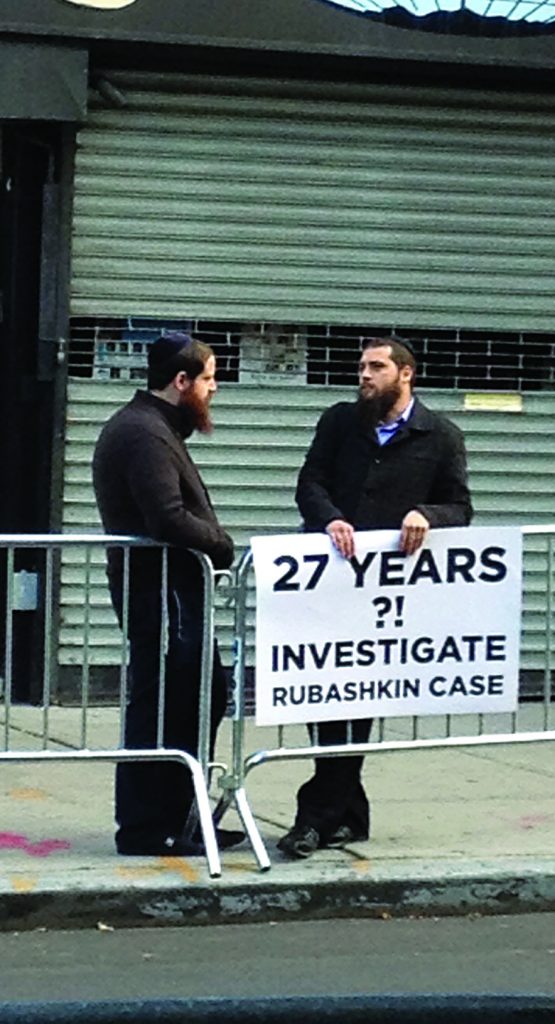 More than one hundred leading American legal experts have signed a letter calling on the U.S. Attorney of the Nothern District of Iowa to “act to address new troubling evidence of prosecutorial misconduct that has emerged in connection with the prosecution and sentencing of Sholom Rubashkin.”

“The mission of the Department of Justice includes ensuring that the constitutional and other protections afforded to an accused are not infringed in the zeal to secure a conviction and sentence,” reads the letter, whose signers include four former U.S. Attorneys General, former FBI Directors, federal Judges, Department of Justice officials and law professors.

Citing recent actions such as the post­-conviction dismissal of all charges against former U.S. Senator Ted Stevens after his lawyers revealed prosecutorial misconduct, the signers say that the “Department has demonstrated and vindicated its commitment to the fundamental principle that justice must always be pursued ethically and that it is never too late to remedy any injustice to which federal prosecutors have contributed.”

The letter calls on U.S. Attorney Kevin Techau to act in the Rubashkin case in light of “shocking new evidence that prosecutors in your office knowingly presented false and misleading testimony at the sentencing hearing regarding their own actions in contributing to the $27 million loss which served as the foundation for Mr.Rubashkin’s sentence, and withheld exculpatory evidence regarding the same actions.”

In a related development, the individual who served as the U.S. Attorney for the Northern District of Iowa, James Reynolds, in the late 1970’s and early 1980’s, wrote his own, sharply worded letter to Techau, describing his reaction to reading the merits brief filed in March by Rubashkin’s attorneys.

The reason given by the presiding judge for Sholom Mordechai Rubashkin’s shockingly long sentence — 27 years in prison — was primarily the result of the court’s finding that the loss incurred by the banks involved in this case was $27 million.

In the merits brief, attorneys for Rubashkin provide what Reynolds refers to as a “mountain of evidence” that this loss was attributable to the U.S. government’s insistence that no member of the Rubashkin family could be involved in any way in ownership or management of Agriprocessors, the company Sholom Mordechai helped run but was actually owned only by his father, Aaron.

This frightened off potential buyers and eventually, a company with assets valued by a financial advisor to the independent bankruptcy trustee to be worth $68.6 million with $300 million in annual revenue, but without the participation or involvement of Aaron Rubashkin, sold for a fraction of that amount, a mere $8.5 million.

In the merits brief, the attorneys pointed out that had the company been sold for even $40 million — a sum offered by one would-be buyer before he was frightened off by the prosecutor’s conditions — the loss for the bank would have been zero.

“Words cannot begin to describe my shock as I read page after page that my beloved former office had behaved in such an improper, and I am sorry to say, even insidious manner,” Reynolds wrote. “It could not be clearer that the office [of the U.S. Attorney] was directly responsible for this loss,” Reynolds declares.

“Had this kind of unfair, underhanded and unnecessary misconduct occurred during my tenure, you can be absolutely certain that the perpetrators would have faced consequences, the very least of which would have been the loss of their job,” he added.

At the conclusion of his letter, Reynolds minced no words about what he saw as Techau’s moral responsibility.

“Mr. Techau: I know that none of these things happened on your watch. I fully realize that you are not responsible for them. However, you are responsible to right the wrong which has been done. If you do not, then I respectfully state that you are surely as culpable as those who committed these acts.”

The government has until May 20 to formally respond to the legal briefs submitted in March by the defense team.