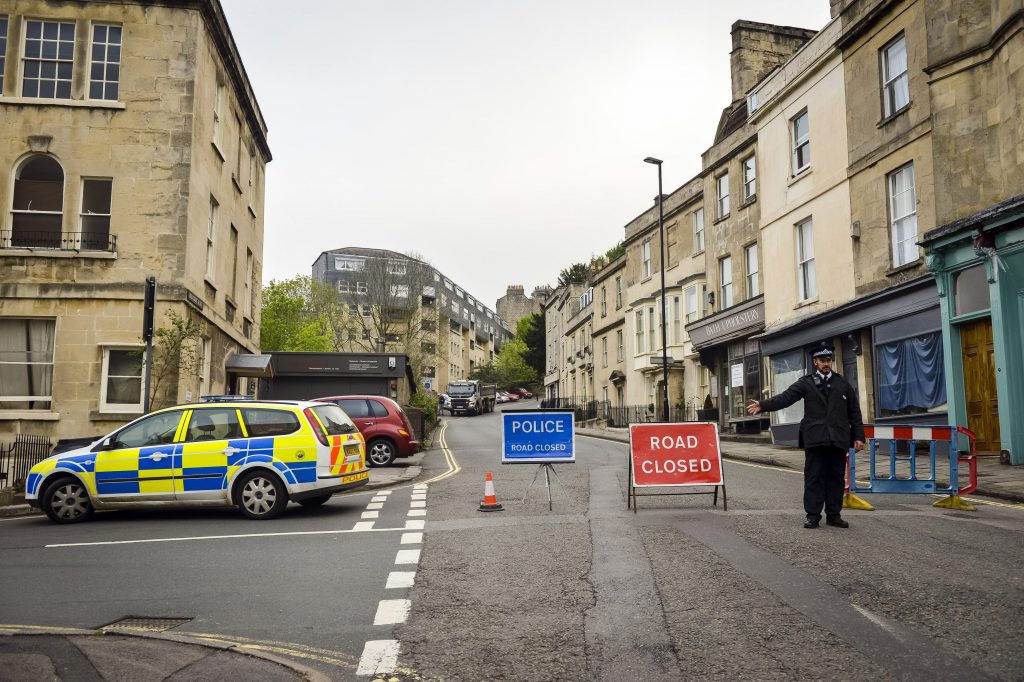 Hundreds of people have been told to leave homes and businesses in the English city of Bath after a 500-pound unexploded World War II shell was found under a school playground.

Police evacuated residents for 300 yards around the device, found during construction work at the disused Royal High School. Some spent the night at a local racecourse.

Chief Inspector Kevin Thatcher of Avon and Somerset Police said Friday that explosives experts are working to make the shell safe. The plan is to move it outside the city where it can be exploded safely.

Police said some residents might not be able to return for another 24 hours.

Britain was heavily bombed by Germany’s Luftwaffe during the war, and undetonated explosives are still being found during construction work.