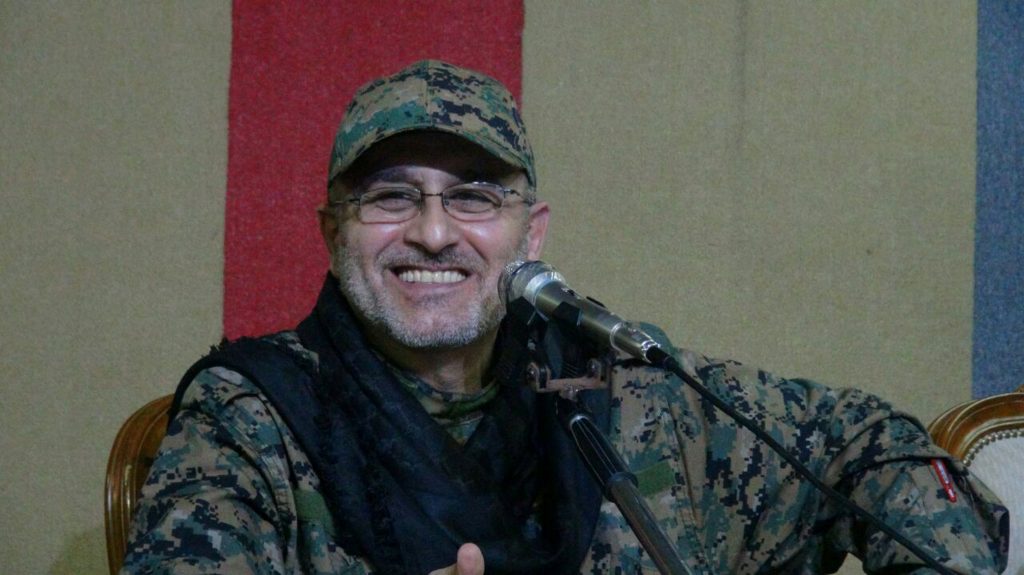 Top Hizbullah commander Mustafa Badreddine was killed in an Israeli airstrike at the Lebanese-Israeli border this week, the Lebanese Shiite group announced on Friday, the biggest blow to the group since the 2008 killing of its military commander.

Badreddine, 55, was one of the highest ranking officials in the group, and assessed by the U.S. government to be responsible for Hizbullah’s military operations in Syria, where it is fighting alongside the Syrian President Bashar al-Assad.

“He took part in most of the operations of the Islamic resistance since 1982,” Hizbullah said in a statement announcing his death, describing Badreddine as “the great jihadi leader.” He was killed on Tuesday night, the statement said.

A U.S. Department of the Treasury statement detailing sanctions against Badreddine last year said he was assessed to be responsible for the group’s military operations in Syria since 2011. Hezbollah, which is backed by Iran, is fighting in Syria in support of President Bashar al-Assad.

Badreddine, a brother-in-law of the late Hizbullah military commander, Imad Moughniyah, was indicted by the U.N.-backed Special Tribunal for Lebanon in the 2005 killing of statesman Rafik al-Hariri.

He was sentenced to death in Kuwait for his role in bomb attacks there in 1983. He escaped from prison in Kuwait after Iraq, under the leadership of Saddam Hussein, invaded the country in 1990.

For years, Badreddine masterminded military operations against Israel from Lebanon and overseas and managed to escape capture by Arab and Western governments by operating clandestinely.

It also said he had led Hizbullah ground offensives in the Syrian town of al-Qusayr in February 2013, a critical battle in the war when Hizbullah terrorists defeated Syrian rebels in an area near the Syrian-Lebanese border.

Around 1,200 Hizbullah terrorists are estimated to have been killed in the Syrian conflict.