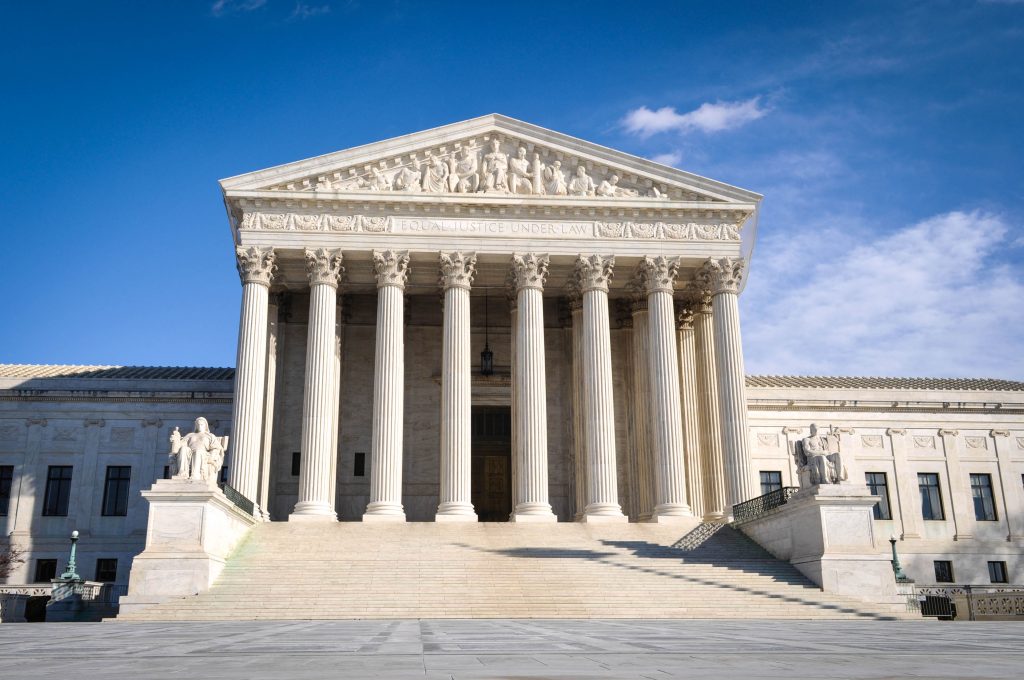 The U.S. Supreme Court has managed to steer away from controversy in the three months since Justice Antonin Scalia’s death. That’s about to get harder.

The Court is opening the last phase of its nine-month term, a six-week stretch that will feature rulings on affirmative action, immigration, coverage of medications that violate certain religious beliefs, and Puerto Rico’s debt. A batch of opinions is likely on Monday.

Each dispute has the potential to divide the eight justices, highlighting what’s at stake from the Republican-led Senate’s refusal to consider Judge Merrick Garland, President Barack Obama’s nominee to replace Scalia. The cases could also thrust the Court more deeply into the 2016 election fray and the presidential race between Donald Trump and, most likely, Hillary Clinton.

At the same time, the cases offer ways for the justices to rule narrowly and defer consideration of more sweeping issues. Those potential paths of consensus may hold appeal on a Court that prides itself on being above politics, even at a time of political tumult.

“I see the justices as almost trying to hide,” said Michael Dorf, a constitutional law professor at Cornell Law School. “There’s a vacancy. There’s this extraordinary inaction by the Senate. There’s a presidential campaign that is highly unusual, the outcome of which will undoubtedly affect the membership of the Court.

“And there are cases on the Court’s docket that connect to hot-button issues that divide the country pretty sharply.”

The justices have muddled along since Scalia’s death on Feb. 13. Several publicly indicated they would try to avoid a rash of 4-4 ties that might suggest a judiciary in crisis. “All of us are working hard to reach agreement,” Justice Elena Kagan said in April.

Those efforts have helped produce 13 mostly narrow rulings. The biggest — a unanimous decision that said states and cities could keep using their longstanding methods for drawing election district lines — was noteworthy mostly because it didn’t produce the redistricting transformation conservatives had sought.

So far, the Court has produced only two deadlocked results, including one that let 20-plus states continue to require public-sector workers to help fund the unions that represent them. That number may now start to climb.

The Court risks deadlock in a fight involving religious groups that say the Obama administration is forcing them to facilitate medical coverage that violates their religious beliefs, and a clash over congressional power to authorize consumer lawsuits. The justices also might split over the president’s plan to defer deportation for millions of unauthorized immigrants.

For some, the biggest mystery is why the Court hasn’t already issued a stack of deadlocked rulings, given the unlikelihood that a tie-breaking ninth justice will be seated before November.

“I don’t think anyone thinks a new justice is going to be confirmed before the election,” said Daniel Ortiz, who directs the Supreme Court litigation clinic at the University of Virginia School of Law. “People are a little bit confused about what is going on.”

The answer may be that the Court is still trying to cobble together majorities, one way or another. In perhaps the clearest sign of such efforts, the justices took the unusual step after the argument in April of floating a possible compromise and asking the two sides to comment.

Some cases are proving harder to resolve than others. The consumer-lawsuit dispute is pending more than six months after the Nov. 2 argument. The case, which concerns an allegedly error-riddled internet profile, tests the power of Congress to authorize suits by consumers who haven’t suffered any clear harm.

“They’re acting as if they’re trying to avoid 4-4 splits when possible,” said David Strauss, a constitutional law professor at the University of Chicago. “If they can decide a case narrowly in a way that will get five or more votes, they will do that.”

Yet some cases could be polarizing no matter what the Court decides.

The immigration case plunges the Court into one of the biggest issues in the presidential campaign — what to do about the 11 million people who are in the country illegally. Obama is seeking to offer a shield from deportation for about 4 million people.

“I would be surprised for them to uphold what the lower courts did by a 4-4 vote, just because it’s such a big issue,” he said. “Ordinarily, you’d expect the Court to really want to avoid deciding that 4-4. You’d want them to decide that by deciding it.”

One possibility is that the Court could rule that Texas and other states lack the legal right to challenge the president’s actions on immigration. Either way, the practical impact is likely to be limited given the proximity of the presidential election.

Trump, the presumptive Republican nominee, has vowed to deport all unauthorized immigrants, so his election would effectively nullify any ruling favoring Obama. And a Clinton victory would ensure that either Garland or another Democratic appointee fills Scalia’s seat — and potentially break a 4-4 deadlock.

The Puerto Rico dispute will decide the fate of a local law that would let the island’s public utilities restructure billions of dollars of debt. The Court is considering the case while Congress attempts to work out a broader plan to address the commonwealth’s $70 billion in debt. A ruling backing the law could give new leverage to Puerto Rico’s advocates in Congress.

The affirmative-action case centers on an unusual University of Texas admissions policy that considers race only for a subset of the entering class. Justice Anthony Kennedy, who’s seen as the potential swing vote, indicated during arguments in December that he was conflicted.

University of Chicago’s Strauss said the Court might be reluctant to issue broad restrictions on affirmative action with a four-justice majority, given the prospect that the decision could be overturned once the Court is at full strength.

“To have an important issue decided 4-3, I think, is very problematic,” Strauss said. “I think they’d want to avoid that.”