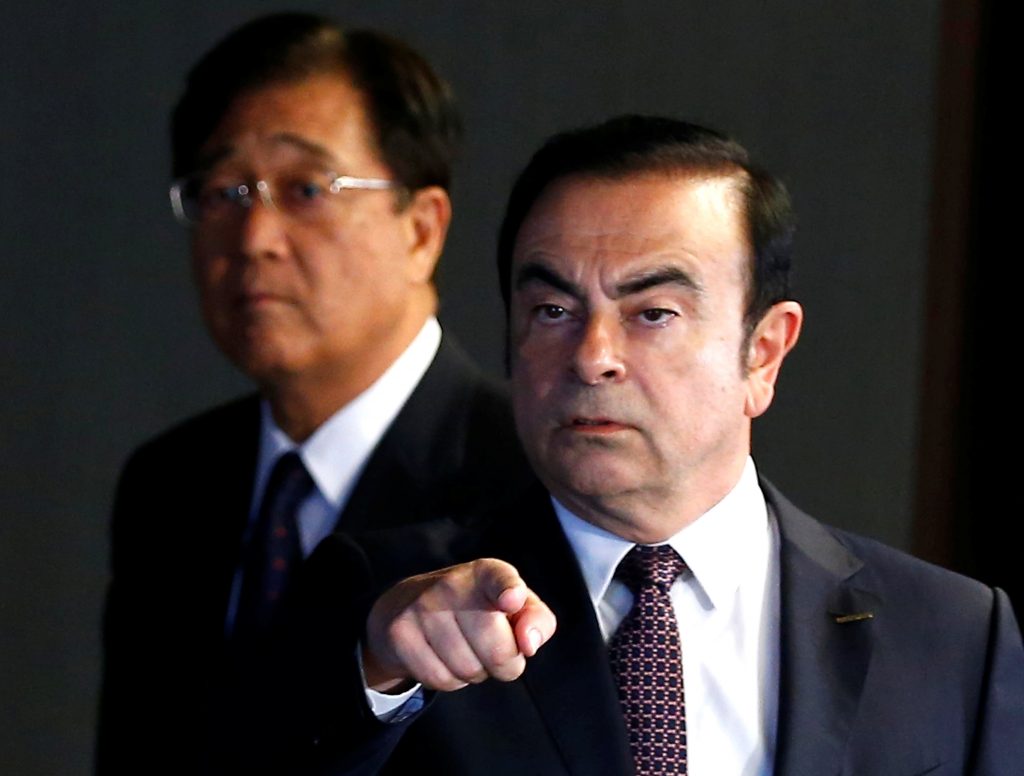 Nissan Motor Co is set to take a key stake in Mitsubishi Motors Corp, two sources familiar with the matter said, in a $1.8 billion deal that bails out its scandal-hit rival and boosts Nissan’s clout in the small car market.

One of the sources said Mitsubishi had approved the deal at a board meeting earlier in the day. Nissan’s board was also due to meet on Thursday, a scheduled gathering before the company releases quarterly earnings.

Mitsubishi and Nissan, Japan’s second-largest carmaker, already cooperate on development and manufacturing with a partnership dating back to 2011, but that deal does not currently involve any cross-shareholding.

Mitsubishi, however, is weathering its third major scandal in under two decades after admitting it overstated the fuel economy of at least four of its models – mini cars sold in Japan, including two sold under Nissan’s badge.

That admission has badly hit Mitsubishi, wiping $3 billion off its value and bruising a brand already losing market share.

The two sides early on Thursday said they were discussing “various matters including capital cooperation” but gave no further detail.

Sources familiar with the talks said Nissan could invest about $1.8 billion to buy roughly a third of Mitsubishi – potentially enough to wield control, under Japanese rules.

Nissan would become the largest single shareholder of much smaller Mitsubishi Motors, gaining a leg up in the domestic small car market – where it is dwarfed by Suzuki and Toyota’s Daihatsu – and in key emerging economies.

“With little prospect of growth in the domestic car market, Nissan probably wants to get more involved in smaller vehicles given expectations of a surge in emerging markets and elsewhere,” said Kiyoshi Yamanaka at T&D Asset Management.

“But taking a one-third stake feels a bit like a half-measure. The key will be how well Nissan is able to exert control over Mitsubishi Motors’ governance and repair its damaged brand value.”

Mitsubishi Motors shares, down around 45 percent since it admitted misconduct over mileage on April 20, were untraded just before closing up 16 percent at the daily limit.

Nissan was down 1.6 percent in early afternoon trade.

A stake sale to Nissan would be an admission that Mitsubishi, which has lost market share across key segments, is struggling to compete in an auto industry where heavy investment in innovation has become critical.

For Nissan, though, it provides an opportunity to build on its limited reach in Asia. Asia excluding China accounted for about 7 percent of its global retail sales in April-December.

Mitsubishi has strong brand recognition in Thailand, Indonesia and the Philippines, while Nissanhas been less successful at establishing a presence in these fast-growing markets for smaller cars.

For Mitsubishi, any deal will be about rebirth.

Mitsubishi Motors said on Wednesday said it had enough cash to weather the fuel-economy scandal – but also warned that non-compliant data may have been used to calculate the fuel economy for more of its cars than previously announced.

After Mitsubishi admitted last month to overstating the fuel economy of four of its mini-vehicle models, analysts estimate the automaker is facing up to $1 billion in compensation payments to its customers, along with payments to Nissan.

The automaker is part of the Mitsubishi business empire, or “zaibatsu,” and still has strong ties with its sister companies.

These include Mitsubishi Heavy Industries Ltd, Mitsubishi Corp, and the Bank of Tokyo-Mitsubishi UFJ, which together with subsidiaries hold roughly a 34 percent stake in the automaker. None have yet commented on the potential deal.

Group companies bailed out Mitsubishi Motors in 2004, but have not been expected to step in this time. Mitsubishi Corp reported its first ever loss this week.

The deal would give Nissan a bigger stake in Mitsubishi than its 15 percent holding in alliance partner Renault . The French automaker holds a 43.4 percent stake in Nissan.