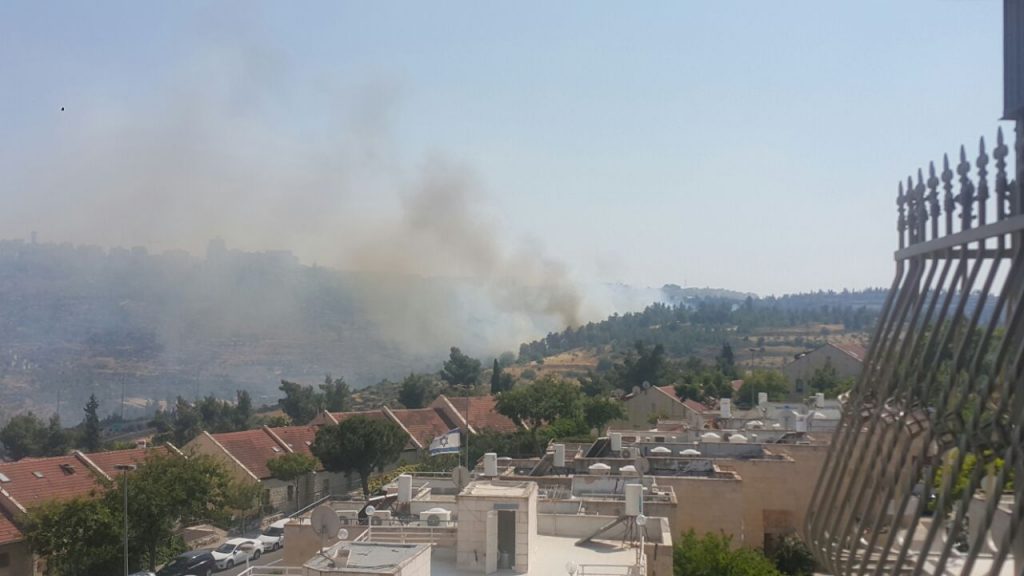 Planes were called in to help contain a fire that broke out in the forest outside Yerushalayim Thursday afternoon. Wind and heat helped spread the brush fire which was burning near the Ramot neighborhood of Yerushalayim. Firefighting crews were trying to prevent the flames from reaching homes in the area.

Investigators have begun working to determine the cause of the fire. There is a strong suspicion that it may have been caused by picnickers who failed to douse flames properly. The forest at the time was filled with hundreds of picnickers, who were out and about on Israel Independence Day.

Several other fires broke out Thursday, near Tzur Hadassah, Hadera, and in the Binyamin region. All were brought under control by firefighters, b’chasdei Hashem.