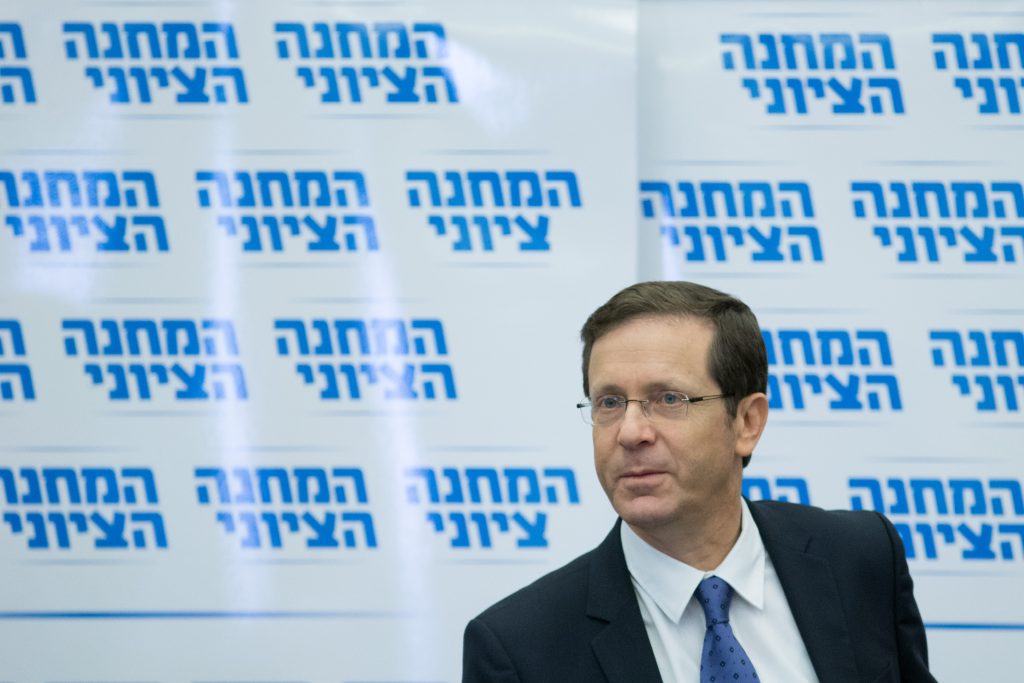 “Up to this moment, and as has always been stated, no offer has been presented that meet my red lines,” Herzog wrote in his first direct denial in recent weeks.

“The rumors of a breakthrough have been premature,” he said. “Up to this point, we have not been presented with a suitable offer. For the past year, I have been asked to join the government every day, and I always answered: It does not interest me to sit without a hand on the steering wheel. I am not the decorations committee,” Herzog said, referring to demands for significant progress toward a two-state solution and the ousting of the right-wing Jewish Home from the government, among other things.

Haaretz insisted on Thursday that Herzog’s denial was at odds with sources in the Zionist Camp who said he was “desperate” to join the coalition, even if his red lines were not met.

Herzog, for his part, claimed that far from being desperate to bring his party into the coalition, it was “on the verge of taking power,” though he did not elaborate.