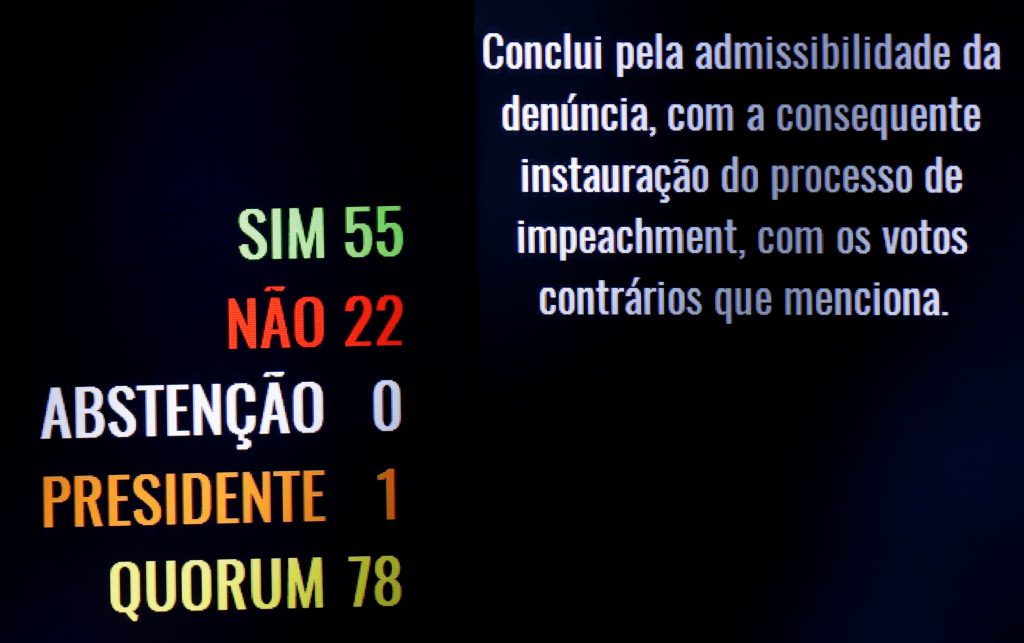 Rousseff will be suspended and replaced for up to six months by Vice President Michel Temer pending a trial in the Senate. The trial will determine whether Rousseff can serve out her second term, or whether her ally-turned-enemy, Temer, will remain in the top job through the December 2018 end of the term.

The result represents a victory for the pro-impeachment camp. It was significantly higher than the simple majority of 41 votes needed to suspend her. It sends a signal that Rousseff faces an uphill battle to return to power.

Thursday’s vote capped a marathon session in the Senate that lasted more than 20 hours.