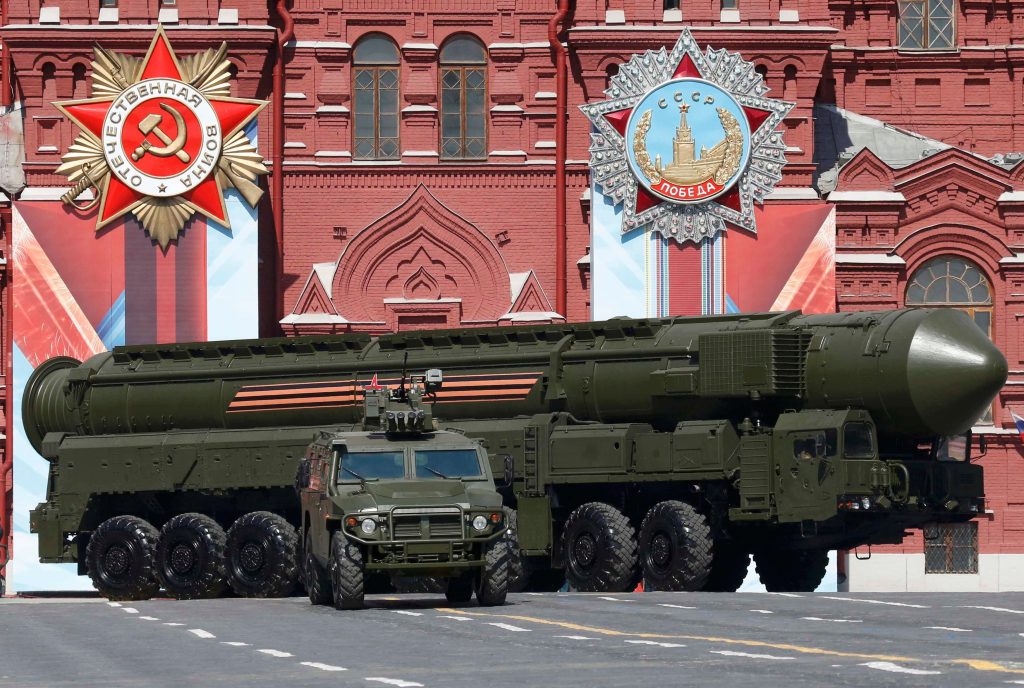 The United States’ European missile defense shield goes live on Thursday almost a decade after Washington proposed protecting NATO from Iranian rockets and despite Russian warnings that the West is threatening the peace in central Europe.

Amid high Russia-West tension, U.S. and NATO officials will declare operational the shield at a remote air base in Deveselu, Romania, after years of planning, billions of dollars in investment and failed attempts to assuage Russian concerns that the shield could be used against Moscow.

“We now have the capability to protect NATO in Europe,” said Robert Bell, a NATO-based envoy of U.S. Defense Secretary Ash Carter. “The Iranians are increasing their capabilities and we have to be ahead of that. The system is not aimed against Russia,” he told reporters, adding that the system will soon be handed over to NATO command.

The United States will also start construction on a second site in Poland on Friday that is due to be ready in 2018, giving NATO a permanent, round-the-clock shield in addition to radars and ships already in the Mediterranean.

Russia is incensed at such a show of force by its Cold War rival in formerly communist-ruled eastern Europe where it once held sway. Moscow says the U.S.-led alliance is trying to encircle it close to the strategically important Black Sea, home to a Russian naval fleet and where NATO is also considering increasing patrols.

The readying of the shield also comes as NATO prepares a new deterrent in Poland and the Baltics, following Russia’s 2014 annexation of Crimea. In response, Russia is reinforcing its western and southern flanks with three new divisions.

Despite U.S. assurances, the Kremlin says the missile shield’s real aim is to neutralize Moscow’s nuclear arsenal long enough for the United States to make a first strike on Russia in the event of war.

The shield relies on radars to detect a ballistic missile launch into space. Tracking sensors then measure the rocket’s trajectory and intercept and destroy it in space, before it re-enters the earth’s atmosphere. The interceptors can be fired from ships or ground sites.

The Russian ambassador to Denmark warned a year ago that Danish warships would become targets for Russian nuclear missiles if Denmark joined the shield project by installing radars on its vessels. Denmark is upgrading at least one frigate to house a ballistic missile sensor.

Turkey is already hosting a U.S. radar and the Netherlands has equipped ships with radars. The United States also has four ships in Spain as part of the defenses, while all NATO nations are contributing funding.

U.S. officials dismiss the Russian view as “strategic paranoia” and blame Moscow for breaking off talks with NATO in 2013 that were aimed at explaining how the shield would operate.

The United States says Russia was seeking a treaty limiting the capability and range of ballistic missile interceptors. “No government could agree to that,” U.S. adviser Bell said.

Russian officials are concerned about technology that the United States says it does not have, including a missile defense interceptor capable of speeds of 10 km (6.2 miles) per second that could destroy Russian missiles.

First agreed by the U.S. government 2007 and then cancelled and relaunched by the newly-elected U.S. President Barack Obama in 2009, the missile defense shield’s stated aim is to protect North America and Europe from so-called rogue states such as Iran and North Korea. That is part of a U.S. strategy that includes missile interceptors in California and Alaska.

Ballistic missiles, which differ from cruise missiles because they leave the earth’s atmosphere, can travel distances of up 1,875 miles.

“They are looking for greater distance and accuracy,” said Douglas Barrie, an aerospace defense specialist at the International Institute for Strategic Studies (IISS). “They can still miss by hundreds of meters, but that doesn’t rule out firing against a city or a very large airfield.”