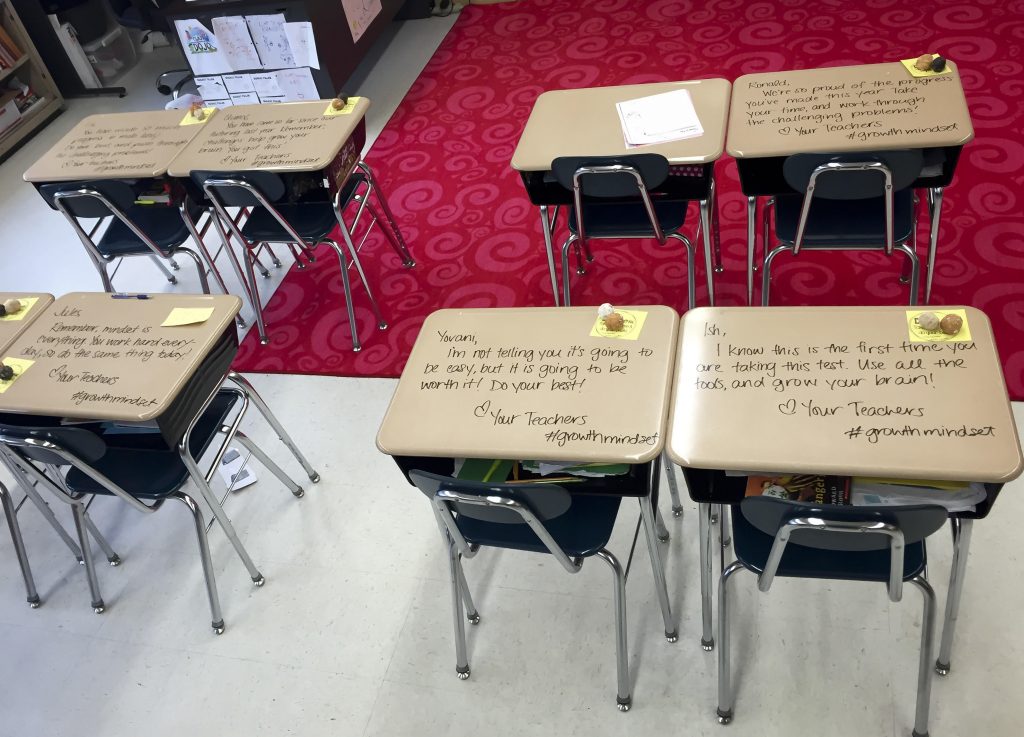 For a classroom of elementary school students looking for inspiration before a big test last week, the writing wasn’t on the wall. It was on their desks.

Chandni Langford’s fifth-graders walked into class Monday at Evergreen Avenue Elementary School to find messages from her. “Learning is your superpower!” she wrote to one student. “There is no elevator to success, you must take the stairs!” she told another.

“A lot of my kids were nervous that if they don’t pass this test with good scores they won’t go to the next grade. They feel a lot of anxiety about that,” Langford said. “I thought this would be a cute thing for them to walk in to.”

Student Julissa Gomez said she was a bit nervous about the start of testing, but the message from her teacher helped. “When I read the message, my fear went away,” she said. “I knew I could actually do it.”

Another student said the message motivated her to do her best.

“I felt like I could do anything now,” Emily Corrigan said. “Everyone kept on smiling. I think it was really cool that she did everything for us.”

The messages were written using dry erase markers and removed before the students began the testing began.