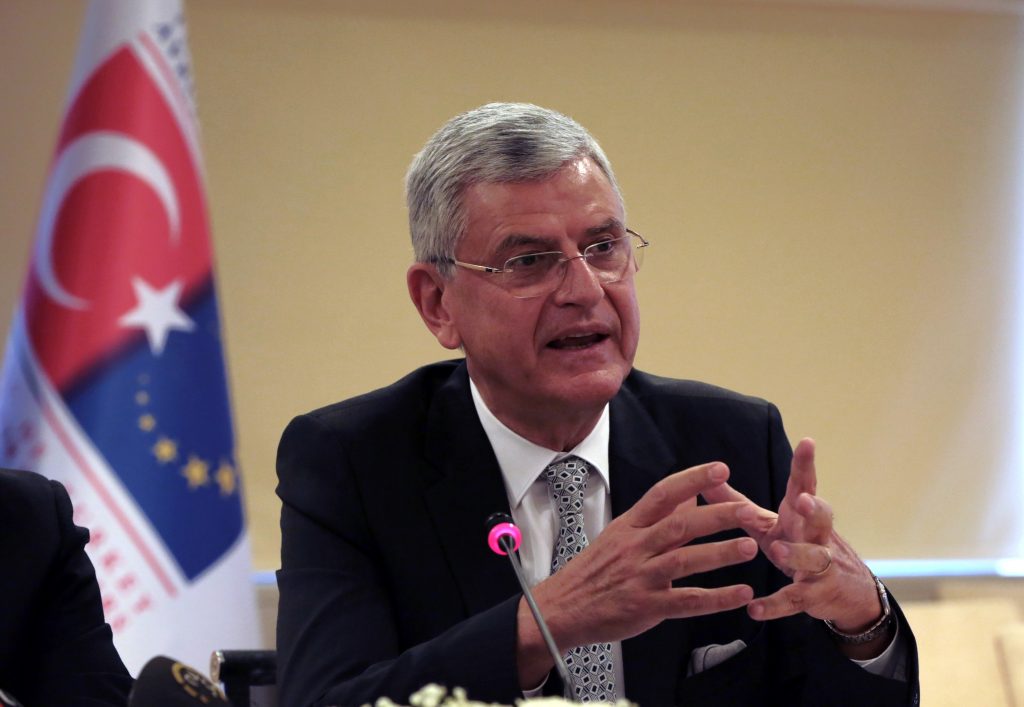 Turkey has officially refused to change its anti-terror laws to satisfy European Union demands as part of its efforts to secure visa-free travel to Europe for Turkish citizens, raising questions about the future of the EU’s migrant deal with Ankara.

The EU says Turkey must narrow its definition of “terrorist” and “terrorist act” to secure a visa waiver. The bloc is concerned that journalists and political dissenters could be targeted.

Schulz said the scope of Turkey’s anti-terror laws “is so far-reaching that we think that some of the measures are touching not directly the fight against terrorism but, for example, the freedom of expression and of media.”

The EU assembly has refused to endorse the visa waiver, which would allow 90-day stays for leisure and business purposes, until Ankara has met 72 conditions. Turkey still has to satisfy five of them.

The waiver is an incentive – along with up to 6 billion euros ($6.8 billion) and fast-track EU membership talks – for Turkey to stop migrants leaving for Europe and take back thousands who have left since March 20.

The agreement foresees a visa waiver for Turkey by June 30, a target now in danger of being missed.

“We cannot start yet for the time being,” Schulz said, at a news conference at the assembly in Strasbourg, France.

Turkish President Recep Tayyip Erdogan has warned that the entire migrant deal could collapse if the Europeans renege on their pledges, but Bozkir declined to say that.

“We want to save the package,” Bozkir told reporters, but he added that “we are facing a difficulty where the timetable will be missed.”

Bozkir said Turkey cannot change its laws when security personnel are being killed in battle with Kurdish separatists and suicide bombers are attacking the country.

He said the problem had only come to light in recent days, and that “press freedoms have not been part of the visa liberalization roadmap.”

Commission officials say this condition was known to Ankara when the whole process started in 2013.