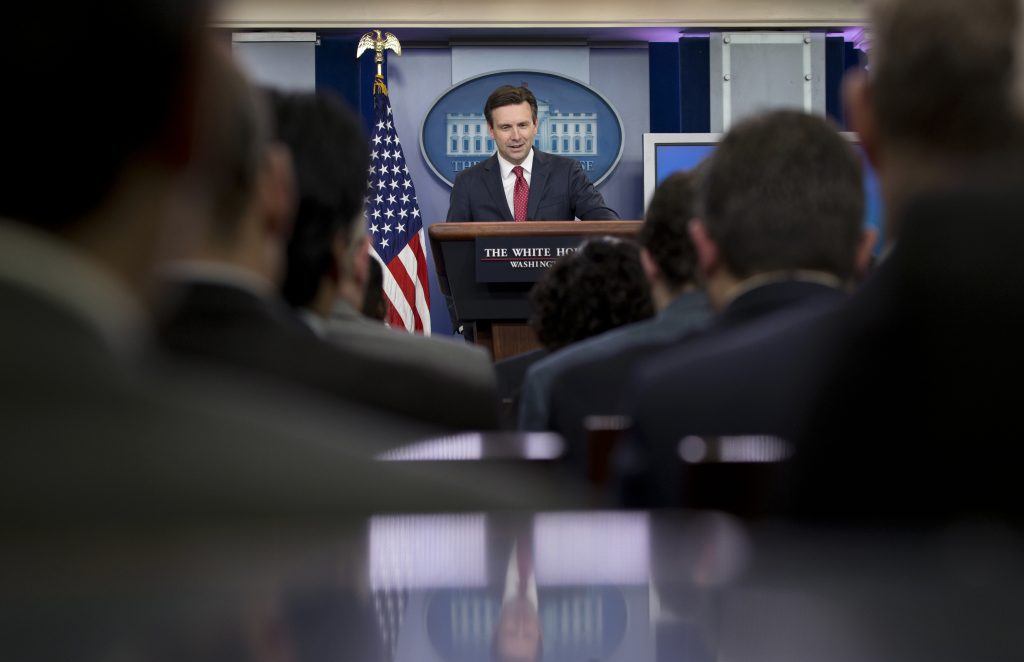 The Japanese are welcoming President Barack Obama’s decision to visit the atomic-bombed city of Hiroshima, and those interviewed Wednesday said they aren’t seeking an apology. Rather, they expressed happiness that he plans to stop at the memorial for victims of the 1945 bombing after attending the annual Group of Seven summit in Japan.

“I don’t live in Hiroshima or Nagasaki, but I am overcome with emotion when I think that someone who wants to offer understanding is finally about to arrive,” said Mieko Mori, a 74-year-old woman in Tokyo.

Obama will become the first sitting American president to visit Hiroshima, a city almost entirely destroyed by a U.S. atomic bomb in the final days of World War II. Some 140,000 people were killed, and others have endured after-effects to this day.

The U.S. dropped a second devastating atomic bomb on the city of Nagasaki three days later. Soon after Japan announced it would surrender, which it did on the afternoon of August 15, 1945.

A poll released this week by national broadcaster NHK found that 70 percent of Japanese want Obama to visit Hiroshima, and only two percent are opposed.

“I hear America is still divided over atomic bombings, but it’s been almost 71 years since the war ended, and I think it’s about time Obama should be able to visit Hiroshima,” said retired teacher Kohachiro Hayashi.

“He wouldn’t have been able to come in the middle of his term, but now it’s almost the end, so it’s like now or never,” Hayashi reflected.

Hayashi, 59, said if Japan were to ask for an apology, that would only cause an endless and fruitless debate over who should take blame for various wartime acts.

“We should just accept his visit as a gesture of sincerity,” he said. “It’s okay as long as he makes clear his commitment never to use atomic weapons. … I hope he will learn what happened and feel a little bit of it himself while being there.”

Another retired teacher said it would be rude to demand an apology.

“Japan was also trying to develop nuclear weapons,” Takatsugu Sakamoto, 80, said by telephone from Nishinomiya in the Osaka prefecture. “Americans were just faster. If Japan hadn’t been trying, then it might make sense. And so to those who are demanding an apology, my response is: What in the world are you saying? Mr. Obama doesn’t need to apologize.”

After the visit was announced Tuesday, the White House went out its way to emphasize that Obama will not apologize.

Deputy National Security Adviser Ben Rhodes said Obama would “not revisit the decision to use the atomic bomb,” and instead spotlight the toll of war and offer a forward-looking vision of a non-nuclear world.