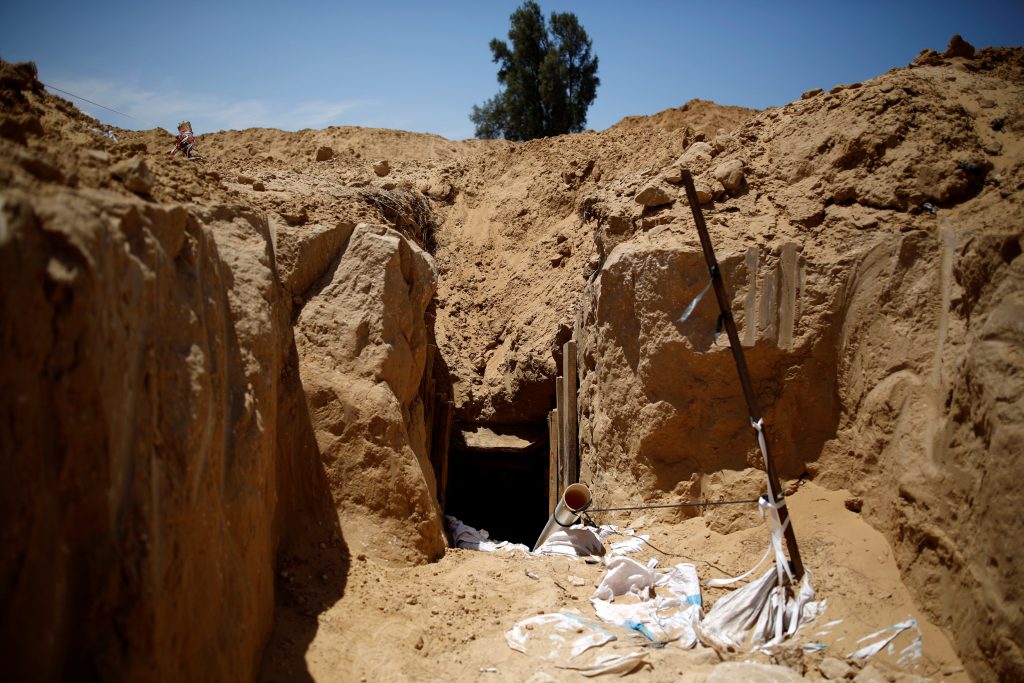 Security officials released more details surrounding the interrogation of a Hamas activist who supplied them with information about Hamas’s terror tunnels. The arrest, which took place on April 6, was announced last week by the Shin Bet and IDF. The detainee was indicted Tuesday morning on charges of terrorism.

The activist turns out to be a teenager, officials said. The investigation showed that the youth belongs to Hamas’s northern Gaza Strip brigade, a group that recruited him before Operation Protective Edge. After being recruited, he underwent military training and even carried out wide-ranging military operations including: ambushes, look-outs, patrols and the digging of tunnels toward Israel – against IDF forces. Most of his training was for offensive operations such as: infiltration, entry into buildings and the detonation of explosive charges, among other terror tasks. This training was based on Hamas’s theory that the next combat would be on Israeli territory.

Interrogating the teen revealed extensive information regarding tunnel-digging techniques and protocol. Details were gathered about the excavators’ work methods, tools and procedures. For example, diggers disguise their activity in a number of ways, including exiting the tunnels in clean, unsuspicious clothing. Excavators are forbidden to leave the tunnels wearing work clothes and are even required to shower first.

Information was also acquired on the paths of emergency tunnels intended for use by Hamas elite units, as well as on the location of numerous tunnel shafts in the Gaza Strip, the officials said.

The minor took part in planting explosives in and around the tunnels for use in case IDF forces entered the tunnels, and even stored additional explosives in his home. Officials indicated that the minor is not their only source of information, saying there are other such terrorists who have been supplying information about Hamas’s intensive tunnel digging activity.