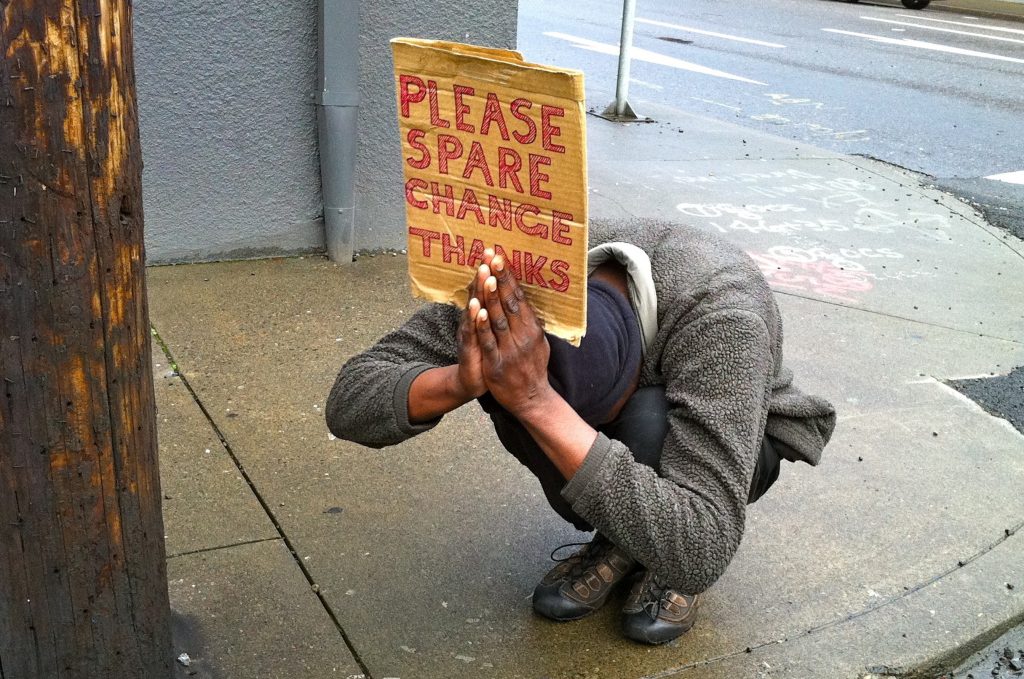 Lower courts across the nation have used the case as the basis for broader First Amendment protections, overturning anti-begging ordinances on the grounds that the government generally can’t outlaw speech on particular subjects. The protection for panhandling comes as cities grapple with the effects of homelessness and the post-recession challenge of promoting development and tourism in struggling downtowns.

Bans in Worcester and Lowell, Mass., have been overturned, as have others in Portland, Maine, and Grand Junction, Colo. Similar ordinances are being challenged in New Hampshire, Oklahoma and other states and municipalities including Providence, R.I., and — just last week — Crystal Lake, Ill., elected not to enforce its laws.

“What we’re seeing over and over again is overreaching,” said Ken Paulson, president and chief executive officer of the First Amendment Center at Vanderbilt University in Nashville, Tenn. “You cannot declare a downtown zone a no-free speech zone. You cannot ban free speech, and so-called panhandling is free speech.”

Springfield, Ill., the hometown of President Abraham Lincoln and the site where then-U.S. Senator Barack Obama declared his presidential candidacy in 2007, saw its ban tossed out by a federal judge just weeks after the high court’s ruling. The ordinance prohibited verbal requests for a financial donation. The Supreme Court turned away an appeal in February to reinstate the ban in the city’s historic district.

“We won the thing, and they just don’t like it,” said Don Norton, a plaintiff who’s been begging in Springfield for eight years.

The Supreme Court decision invalidated a Gilbert, Ariz. law that had put strict time limits on signs providing directions. The ordinance hindered a small church seeking to direct people to its Sunday services.

Writing for the court, Justice Clarence Thomas said the law was “content-based” because it treated directional signs differently than other displays, such as those for political candidates. Under previous Supreme Court rulings, content-based restrictions are valid only if they are narrowly tailored to serve a compelling state interest.

Lower courts have taken Thomas’s reasoning to mean that anti-panhandling ordinances are content-based as well. “Any law distinguishing one kind of speech from another by reference to its meaning now requires a compelling justification,” federal appeals court judge Frank Easterbrook wrote in the Springfield case.

“We don’t think the Supreme Court ever intended to go with quite that broad of a ruling,” Rahn said.

But Norton and his wife, Karen Otterman, said their First Amendment rights were violated. They live in a rented house about a half-mile from the state capitol and have become familiar, if not always welcome, faces in this city of 117,000 people. Between them, they’ve been arrested about 50 times.

“I kind of feel privileged that I was able to help people have the right to do this,” the pony-tailed, 55-year-old Norton said as he carried his cardboard sign asking for help. “Obviously, some people don’t feel that way.”

“I don’t call it panhandling. I call it harassment. It’s a public safety issue,” said Moffatt, dressed in the period garb of a U.S. marshal, including a long black frock coat and three pistols and two derringers stuffed in pockets and a leather holster.

“I’m careful not to say that all homeless people are panhandlers and all panhandlers are not homeless,” Moffatt said. “But some can be so aggressive, and it makes people uncomfortable.”

Advocates for the homeless say local ordinances criminalize poverty and overlook the root problems of mental illness, drug addiction and homelessness that can lead to panhandling.

“The answer is not to deploy the criminal justice system to arrest people, but to assure there are sufficient resources to resolve the problem. And that means affordable housing,” said Maria Foscarinis, founder and executive director of the Washington-based National Law Center on Homelessness & Poverty.

Even as the economy improves, homelessness remains intractable. Estimates of the population vary wildly. The U.S. Department of Housing and Urban Development reported the number was more than 500,000 last year. Foscarinis dismissed that, saying the tally is about 3.5 million.

The popularity of panhandling bans jumped at the beginning of the current decade. The number of cities with blanket bans on panhandling increased 25 percent between 2011 and 2014, according to a 2015 report from the Law Center. Springfield enacted its ordinance in 2007.

“Merchants would like there to be a respectful coexistence,” said Lisa Clemmons Stott, executive director of Downtown Springfield Inc., a nonprofit that promotes cultural and economic development. “You can’t have people …..in doorways and panhandling customers who are eating lunch outside.”

Norton said he agrees that aggressive panhandlers are a nuisance and notes that he seeks donations by holding a sign, not verbally asking for money.

Mark Weinberg, who has argued panhandling cases in Chicago and represents Norton and Otterman, said there is no compelling economic interest that justifies squelching free speech.

“What’s going on in Springfield is broadly representative of cities around the country,” Weinberg said. “For Girl Scout cookies, it’s yes; for panhandlers, it’s no.”

With assistance from Greg Stohr.