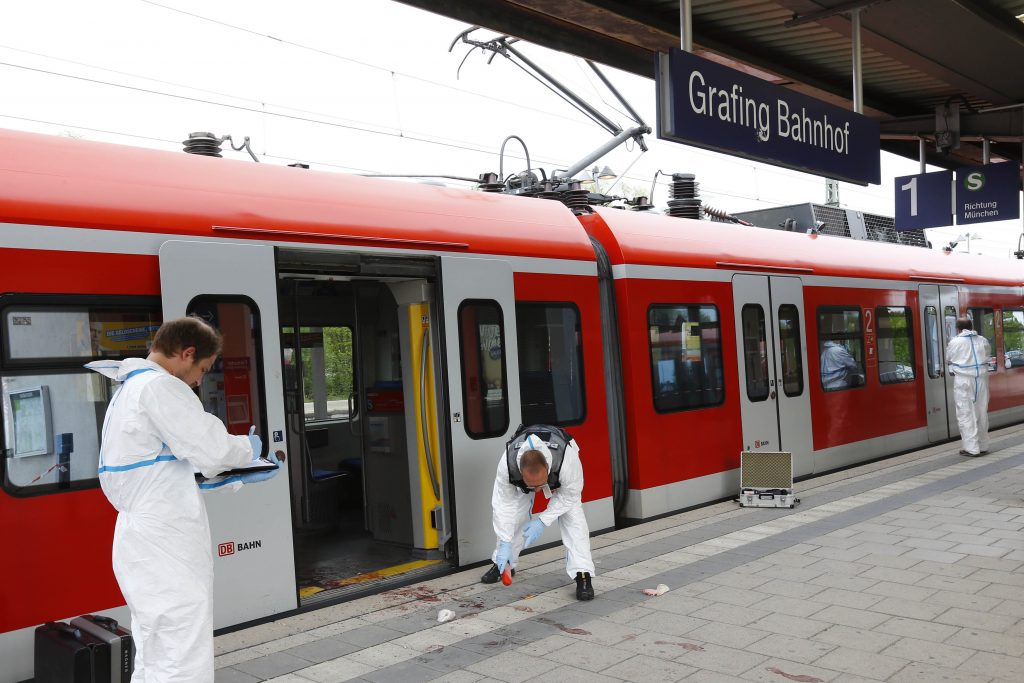 A young German man was arrested after several people were stabbed at a train station near Munich early Tuesday, authorities said. One victim later died in a hospital and three other people were wounded.

Police quoted witnesses as saying the assailant made “politically motivated comments” during the assault.

The 27-year-old suspect, a German who wasn’t a resident of Bavaria, attacked several people with a four-inch knife at the Grafing Bahnhof station, police said.

The attack happened shortly before 5 a.m. at the station, which is nearly 20 miles (32 km) east of Munich and near the end of one of the city’s commuter railway lines.

At the scene, police forensic experts in white coveralls marked more than 40 bloody footprints — some of them barefoot — on the train platform with chalk numbers and collected evidence, including a cell phone that was pulled from the gap between the train and platform.

“We can say very little at the moment about the background” of the attack said Karl-Heinz Segerer, a spokesman for Bavaria’s state criminal police office.

“Witness questioning shows that there were politically motivated comments on the perpetrator’s part” during the attack, Segerer told local media. He didn’t give details and said witnesses and the suspect will be pressed on what he said and to whom.

Police and prosecutors said a 50-year-old man died from his injuries. The other victims were men aged 43, 55 and 58. Their names weren’t released.