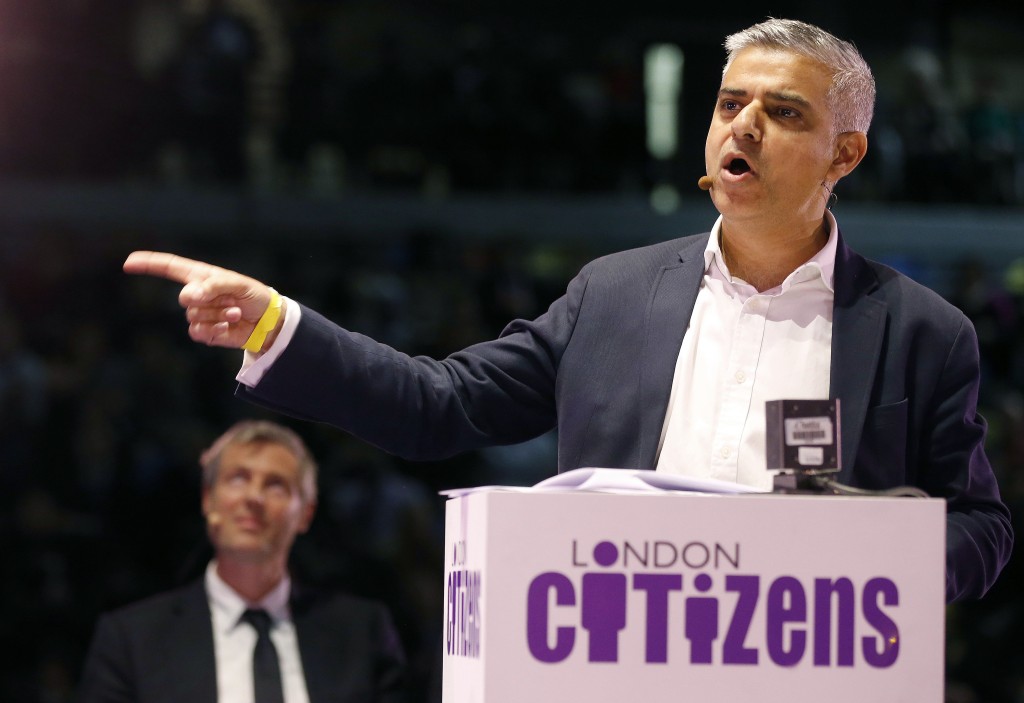 Last year Trump proposed “a total and complete” ban on foreign Muslims entering the U.S. “until our country’s representatives can figure out what […] is going on.”

Asked how that policy would affect London’s first Muslim mayor, Trump told The New York Times that “there will always be exceptions.”

But Khan said “this isn’t just about me — it’s about my friends, my family and everyone who comes from a background similar to mine, anywhere in the world.”

“Donald Trump’s ignorant view of Islam could make both our countries less safe — it risks alienating mainstream Muslims around the world and plays into the hands of the extremists,” Khan said in a statement.

Khan, the London-born son of Pakistani immigrants, was elected last week by a wide margin after a campaign that saw his Conservative rival Zac Goldsmith accuse him of having shared platforms with Islamic terrorists.

Khan, a former human rights lawyer and Labour Party lawmaker, accused Goldsmith of trying to frighten and divide voters in a multicultural city of 8.6 million people — more than 1 million of them Muslims.

In his victory speech, Khan said the result marked of “hope over fear and unity over division.”

The mayor said Tuesday that Trump and people who agree with him “think that western liberal values are incompatible with mainstream Islam – London has proved him wrong.”

Trump said he was “happy to see” Khan’s election and hoped “he does a good job.”