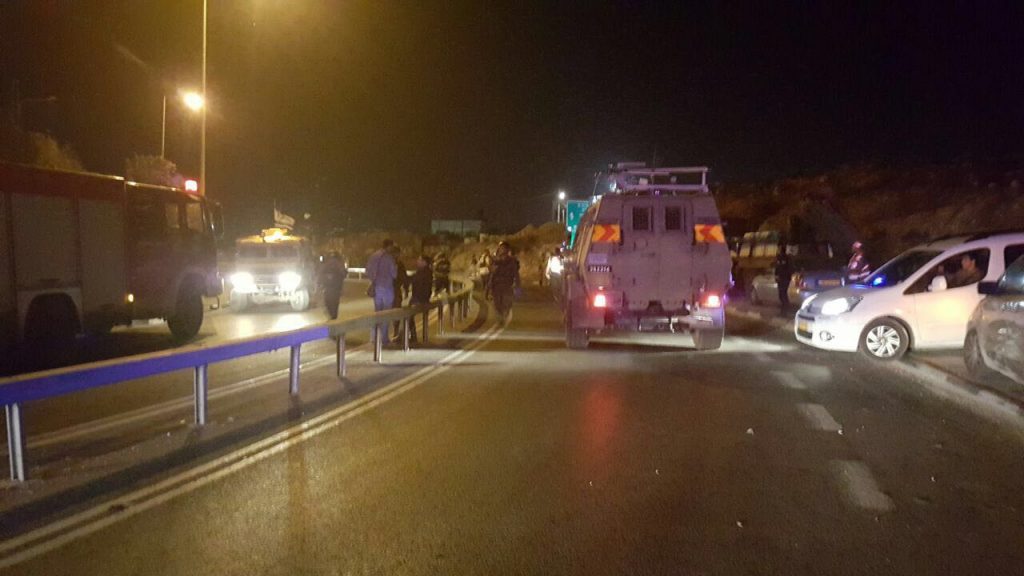 An IDF officer was moderately wounded by an explosion on Tuesday night at a security checkpoint at the entrance to the Palestinian town of Hizma, near Pisgat Ze’ev in northern Yerushalayim.

Security forces cordoned off the site, shutting down route 437 after finding two additional suspicious objects that could be explosives.

They did not yet say whether it was a terrorist attack, but were investigating.

“When I arrived at the scene I saw a young man who was suffering from a head wound,” said Dvir Adani, a volunteer medic with the ambulance unit of United Hatzalah, who was among the first responders. Adani and other volunteer medics treated the victim, before he was taken by ambulance to Hadassah Medical Center in Ein Karem. Adani said the victim “was fully conscious at the time of evacuation.”