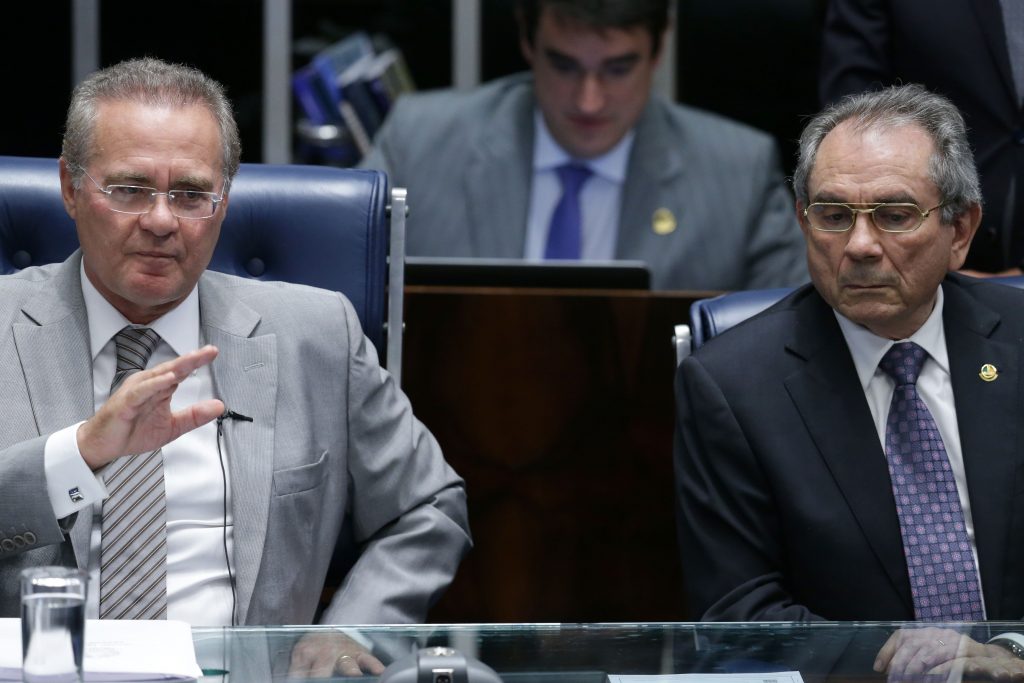 Brazilian President Dilma Rousseff is facing possible impeachment by Congress, with the Senate expected to vote Wednesday on a measure to suspend her. The effort comes amid an angry public mood over the South American nation’s worst recession in decades and a big bribery scandal at the state oil company Petrobras. Yet, it is not tied to either of those.

WHAT IS ROUSSEFF ACCUSED OF DOING?

Rousseff is accused of breaking fiscal laws by shifting around government funds to plug holes. Opposition parties say sleight-of-hand accounting allowed her to boost public spending to shore up support. Rousseff denies any wrongdoing, saying she didn’t do anything that was not common practice in all prior administrations. She further argues that she isn’t being charged with a crime, which should be the basis for any impeachment.

WHAT WAS THE FIRST STEP OF IMPEACHMENT?

If a simple majority of the 81 senators votes in favor on Wednesday, and several counts by news reports suggest that will happen, then Rousseff will be suspended and Vice President Michel Temer will take over. The Senate will then have 180 days to conduct a trial and vote whether to permanently remove Rousseff. If that happens, Temer would serve out her term, ending Dec. 31, 2018.

COULD ANYTHING STOP THE PROCESS?

The government and opposition parties have filed appeals to the country’s highest court on many aspects of the process, so the possibility exists that the court, or even individual justices, will intervene. Government allies have also looked at last-minute ways to block or delay the Senate vote. For example, on Monday interim lower chamber Speaker Waldir Maranhao annulled the April vote in favor of impeachment, arguing there were irregularities and it had to be re-voted on. However, on Tuesday, facing pressure from his party, he did an about-face, saying he had rescinded his annulment.

HOW DO ROUSSEFF’S SUPPORTERS AND DETRACTORS CHARACTERIZE THE SITUATION?

Government supporters call the impeachment push a coup, because Rousseff has not been charged with any crime. They say Brazil’s traditional ruling class has been unnerved by the social movement under Rousseff’s Worker’s Party over more than a decade in power and is seizing the opportunity to take back power. Opponents say the administration’s maneuvering of funds was illegal and an attempt to mask problems in Latin America’s largest economy, such as huge budget gaps that have surfaced over the last year. They say impeachment can’t be considered a coup because it’s allowed in the constitution.