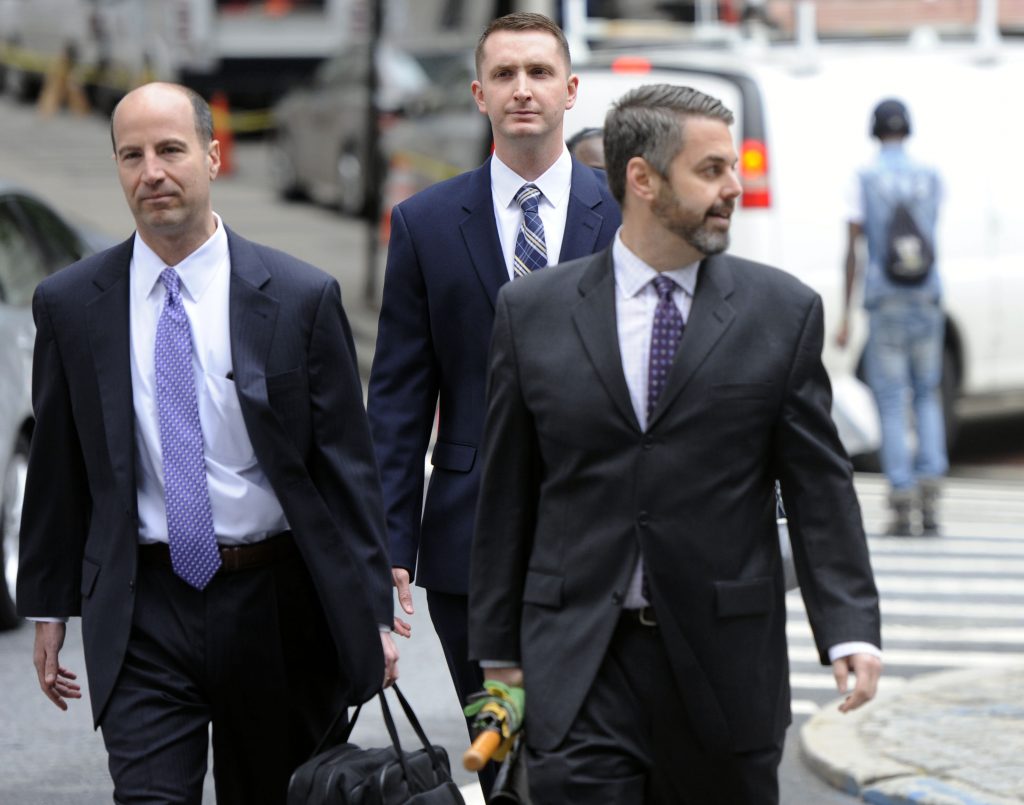 A police officer charged in the Freddie Gray case chose Tuesday to stand trial before a judge rather than a jury, eliminating a potential wild card in the divisive and emotionally charged case.

Officer Edward Nero was one of three officers who arrested Gray when he made eye contact with one of them and took off running in a high-crime area in April 2015. The officers took Gray, a 25-year-old black man, into custody and he was placed in the back of a police van, where he was critically injured during a 45-minute trip to a nearby police station.

He died a week later, sparking protests and fueling the Black Lives Matter movement. His name became a rallying cry in the growing national conversation about the treatment of black men by police. On the day of his funeral, rioting and looting broke out and a city-wide curfew was imposed as the National Guard rolled in to help restore order.

Nero, one of six officers charged, faces charges of assault, reckless endangerment and misconduct in office. His trial is scheduled to begin Thursday and is expected to last about five days. The trial is seen as a bellwether case for the other two arresting officers who face the same charges. They have all pleaded not guilty.

Nero is the second officer to stand trial. Late last year, a jury couldn’t reach a unanimous decision in the case against Officer William Porter, who checked on Gray several times after he was put in the police van.

While selecting the jury pool for Porter’s trial, all potential jurors acknowledged that they were aware of the case and the $6.4 million settlement the city paid to Gray’s family.

The trials for the officers have been on hold for about five months while attorneys argued about whether the officers should be forced to testify at one another’s trials. Maryland’s highest court ruled they should, and one of the officers is expected to take the stand in Nero’s trial.

The judge ruled on several motions Tuesday, saying attorneys cannot talk about the legality of the knife that was found on Gray after his arrest. Attorneys for the officers say it was illegal. Prosecutors say the knife was legal.

The officers initially asked Williams for a change of venue, citing the extensive media coverage. Attorneys argued that because of the high-profile nature of the case, jurors would likely be inherently biased, having already formed opinions about the case and its players, and might feel pressure to render a guilty verdict in order to quell any future unrest.

A bench trial has advantages and disadvantages for the defense, according to attorney Warren Alperstein, who is not involved in the case.

“The disadvantage of having a bench trial is that you’re putting all your eggs in one basket. In a bench trial there is no hung jury; it’s all or nothing for the defense,” he said.

On the other hand, a judge is uniquely positioned to understand the nuances of the law. The state is likely to argue that the three arresting officers violated Gray’s Fourth Amendment rights against unreasonable searches and seizures.

The defense will presumably argue that the officers acted within a law that allows officers to pursue, detain and pat down suspects who flee unprovoked from law enforcement from a high-crime area.

“It’s my belief a judge is better equipped to apply what amounts to be fairly technical and complex law than a jury would be able to do,” Alperstein said.