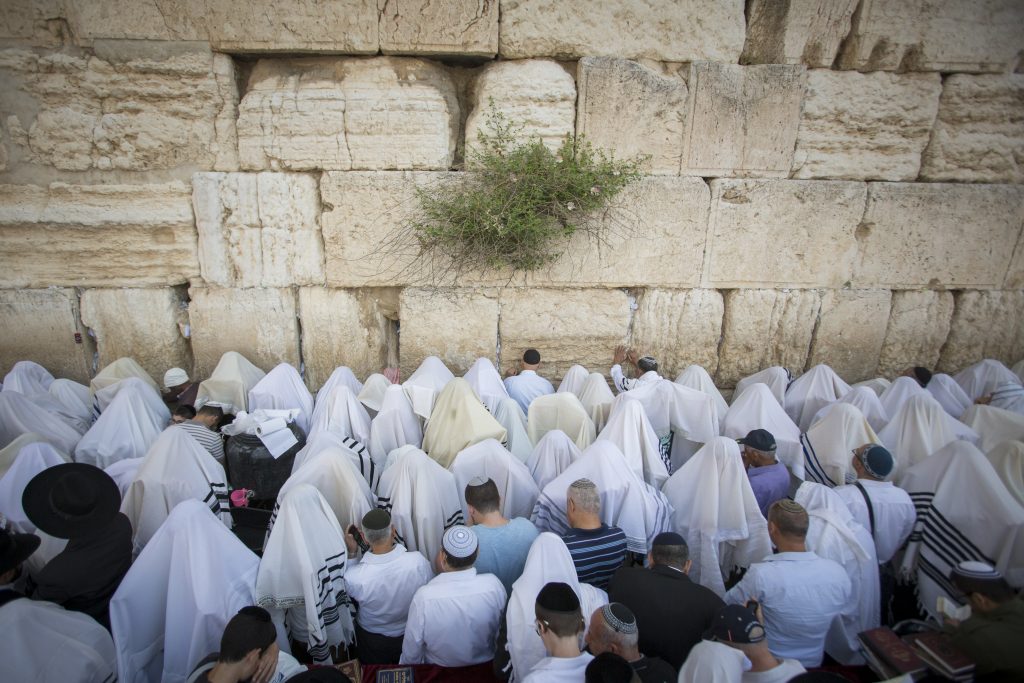 The Women of the Wall staged their version of a priestly blessing at their section of the Kosel on Monday, in flagrant violation of halachah, as well as in violation of a specific ban on the event issued by Israel’s attorney general just before Pesach.

Attorney-General Avichai Mandelblit ruled that the pluralistic demonstration contravened the Regulations for Protecting Jewish Holy Places, 1981, which prohibits “conducting a religious ceremony that is not in accordance with the customs of the site.”

Monday’s incident also meant reneging on their own prior acceptance of Mandelblit’s decision, albeit “regretfully.”

In another illegal act, the group smuggled in a small sefer Torah for their ceremony, which is prohibited by Kosel regulations. When police at the site moved in to confiscate the sefer Torah, the women blocked their way.

The Netanyahu cabinet voted earlier this year to expand the Robinson’s Arch plaza for pluralistic groups. But that decision has come under fierce criticism and is currently being reconsidered.