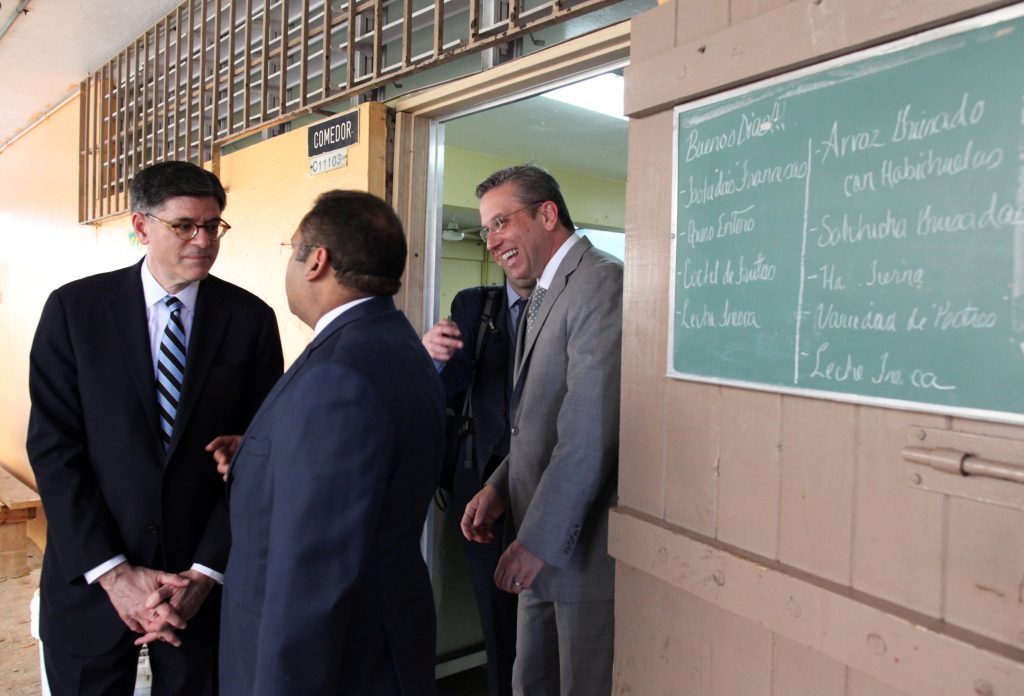 Treasury Secretary Jacob Lew got a first-hand look at the humanitarian impact of Puerto Rico’s $70 billion debt crisis, touring an elementary school struggling with limited electricity and a hospital unable to provide some basic services to infants.

“It can only get worse,” Lew told reporters as he toured Eleanor Roosevelt Elementary School in San Juan with Gov. Alejandro Garcia Padilla.

The Obama administration hopes to jump-start congressional efforts to aid the U.S. territory, and Lew’s one-day trip focused attention on how the 3.5 million residents of the island are struggling with the worsening financial situation. Puerto Ricans are United States citizens.

At a brief news conference after a private tour of San Juan’s Centro Medico hospital, Lew said Puerto Rico’s problems were a human crisis as well as a financial one. He said infants who needed dialysis were unable to get it, while children could only get cancer medicine if it was paid for in advance, with cash.

Lew said he didn’t think there was a member of Congress who would find those conditions acceptable.

“What I have gotten to see first-hand is there is a growing crisis in Puerto Rico,” Lew said. “It’s something you can see and feel as you talk to people.”

House Republicans are expected to announce new legislation this week to create a control board to help manage the island’s financial obligations and oversee some debt restructuring. It would be the third draft of the House bill, which has come under fire from some conservatives who worry it would set a precedent for financially ailing states.