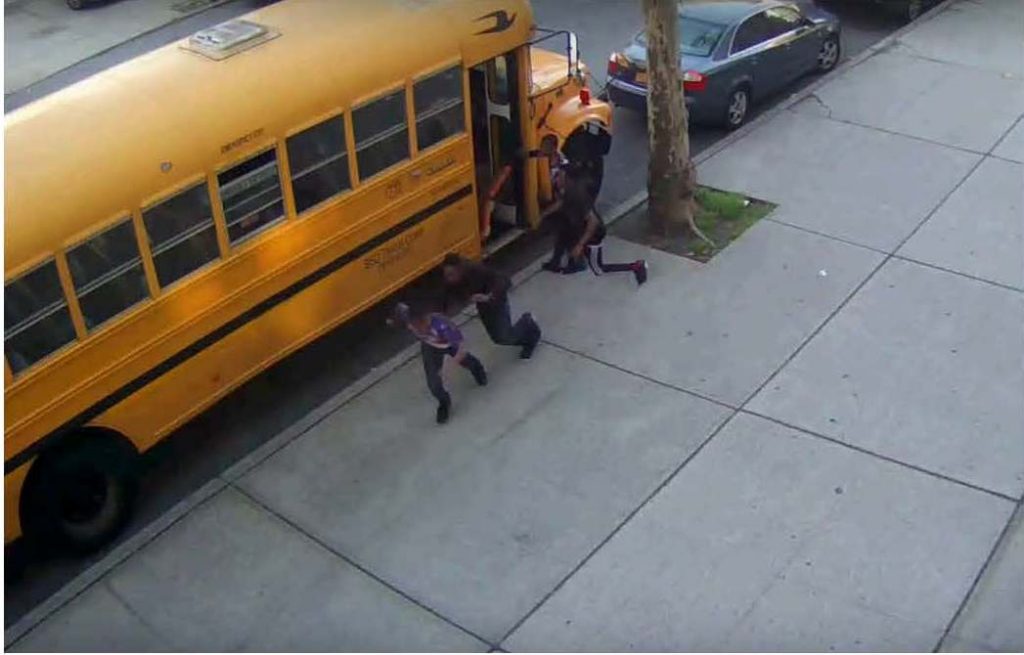 An alarming increase in anti-Semitism is causing leaders in the Crown Heights Jewish community to call on the mayor and police department to be more proactive in order to prevent future occurrences.

The arson of a yeshivah school bus Sunday afternoon by six African-American youths marked the third significant attack perpetrated against Jews in Crown Heights in less than a week.

Yaacov Behrman, founder of the Jewish Future Alliance which advocates on behalf of the local community, told Hamodia that he “views this as a very serious incident” and called for condemnations.

“There would have been fatalities had the bus exploded,” Rabbi Behrman said. “It is a miracle no one was hurt.”

“This is an alarming trend that bears many similarities to attacks of the past — only more brazen and more violent,” Sugar wrote. “We are deeply concerned by the potential for escalation.”

Last week Thursday, a school bus clearly identified as belonging to a Jewish school serving prekindergarten students was attacked on Eastern Parkway. The next day, in the same area, a yeshivah student was pelted with rocks and bricks by about 10 African-American teens. Police arrested the primary assailant.

On Sunday, a bus was burned and destroyed by six young African American boys, who were caught on video throwing cardboard boxes inside the bus before setting it on fire. All six then fled the area.

FDNY firefighters extinguished the blaze. Footage shows the engine on fire, the inside of the bus charred and all the windows broken.

The NYPD announced Monday that an 11-year-old boy had been arrested in the arson.

A witness initially identified the boys, who were arrested. But police had to let them go when the witness could not positively identify them.

Upon later review of security-camera footage, police determined that at least one of the boys was indeed involved. He was charged with arson and criminal mischief. A minor, police haven’t released his name.