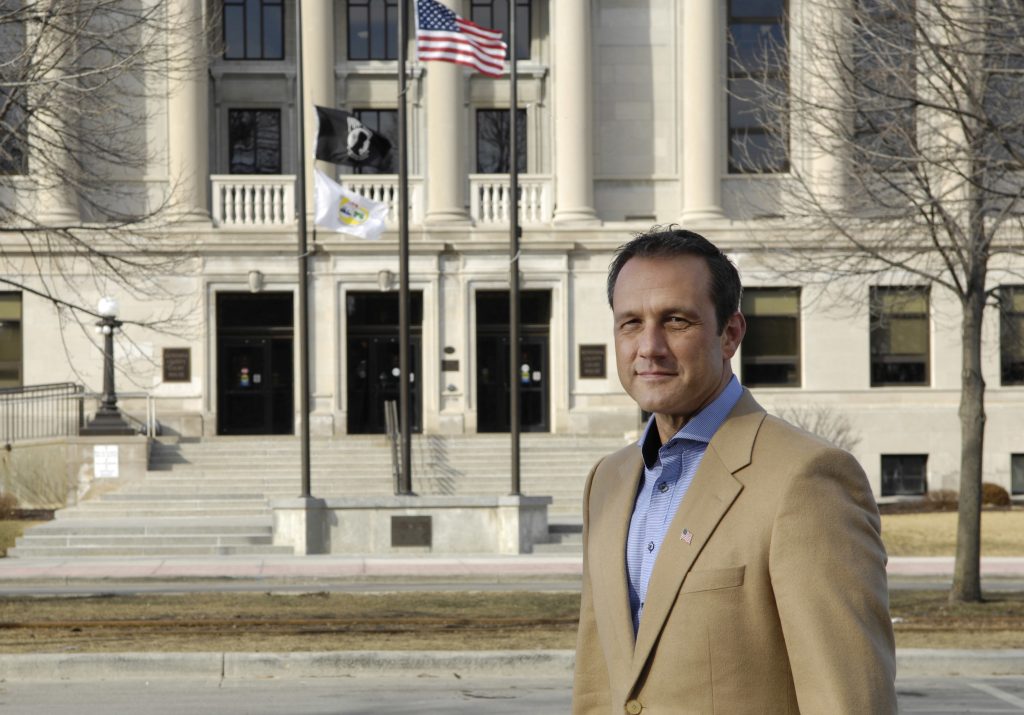 But Paul Nehlen still faces a steep climb to knock off the popular Ryan who has millions in the bank, won re-election with more than 60 percent of the vote, and was courted by many of his Republican colleagues to run for president this year.

Nehlen spokeswoman Kirsten Lombard said Monday that talks are underway with Palin about ways she can help defeat the 18-year incumbent. Lombard said the Palin endorsement is part of Nehlen’s plans to build a coalition of support to take out Ryan.

Palin abruptly quit as Alaska governor in 2009 and has largely spent her time since then as a commentator on cable.

Nehlen’s upset effort won’t include attending the Wisconsin Republican Party convention this weekend in Green Bay. Nehlen, who won’t have a table or a speaking slot, is skipping the event where Ryan is slated to give the keynote address at a banquet Saturday.

Nehlen could purchase a ticket and attend just like anyone else, said state party spokesman Pat Garrett.

But Lombard said “there would be no point in our going there if we can’t even have a table.” Lombard, a leader in Wisconsin’s tea party movement, said there was no deadline for setting up a table clearly visible on the party’s website.

“It was made very clear to us we weren’t welcomed,” she said.

Nehlen, a small businessman from the town of Delavan with ties to the tea party movement, is running his first political campaign against Ryan. The speaker, Mitt Romney’s running mate on the 2012 GOP ticket, has $7.6 million in the bank and won re-election in 2014 with 63 percent of the vote.

Nehlen, who has little name recognition and has yet to report any fundraising totals, is running to the right of Ryan. He argued that Ryan has betrayed his constituents by cozying up with the Washington establishment and not taking a tough enough stance on enforcing immigration laws, fighting against President Obama’s health care law or opposing new international trade deals.

Ryan spent Monday back in his hometown of Janesville, doing a series of interviews with Wisconsin-based media outlets. His office declined a request to speak with The Associated Press, but Ryan told the Wisconsin State Journal there was “no point in responding” to Palin.

“People are going to say things to get attention. Outside agitators will try and have influence,” Ryan told the newspaper. “People here know me extremely well.”

Nehlen was traveling and not available for an interview.

But Nehlen on Sunday was basking in the support of Palin, who said in a CNN interview that she would work to defeat Ryan in the Aug. 9 primary because he has so far refused to back Donald Trump for president.

“I think Paul Ryan is soon to be Cantored, as in Eric Cantor,” she said Sunday, referring to the anti-establishment upset of the Republican House majority leader in a 2014 Virginia primary.

Trump distanced himself from Palin’s comments, telling CNN on Monday that he had “nothing to do with that.”

Palin is a prominent Trump supporter who was John McCain’s vice presidential candidate on the 2008 Republican ticket. But Palin received a lukewarm reception when she stood in for Trump at a Wisconsin GOP dinner last month.

The audience of Republican Party insiders was largely silent as Palin spoke for Trump, and only offered her polite applause at the end. That was in stark contrast to the loud, enthusiastic reception at the same dinner given to Texas Sen. Ted Cruz, who went on to win Wisconsin’s April 5 primary over Trump by 13 points.

Ryan plans to meet with Trump on Thursday, the day before Wisconsin Republicans gather in Green Bay for the annual state convention.