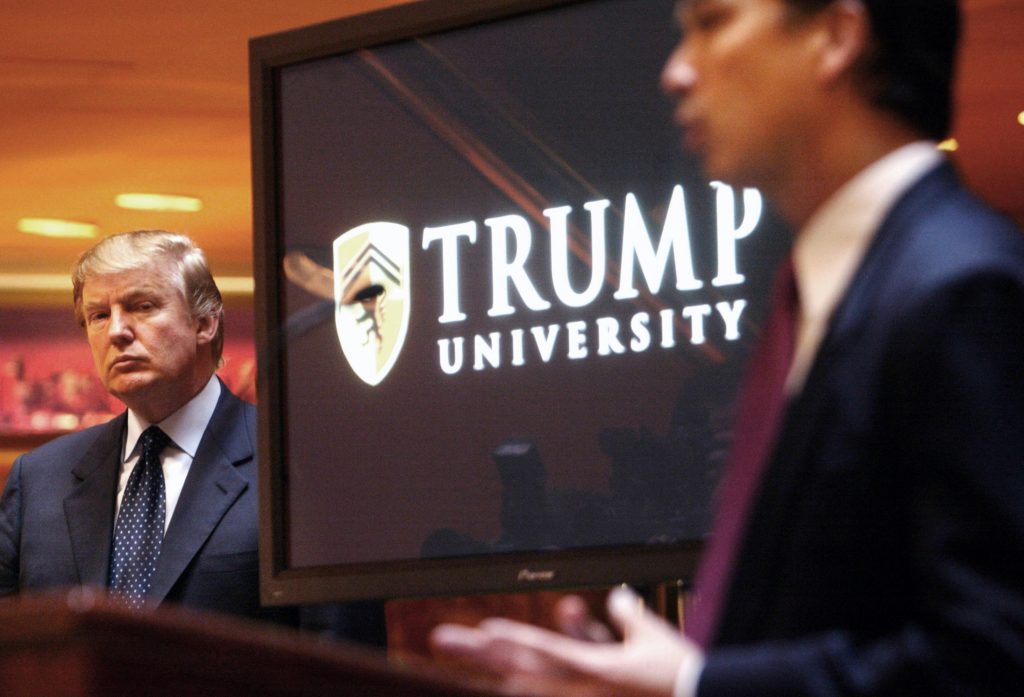 Donald Trump won’t have to go to trial over allegations that his namesake university cheated students at the same time he’s running for president.

A federal judge in San Diego ordered that the jury trial on behalf of thousands of former Trump University students will start 20 days after the Nov. 8 presidential election.

The former students from in California, Florida and New York accuse Trump and his now-defunct, for-profit school of making empty promises, including that they would be taught Trump’s investing secrets, to get them to pay as much as $35,000 for “elite” real-estate seminars. The allegations include violations of state consumer protection and elder abuse laws because many of the students were senior citizens.

A lawyer for Trump argued at a March hearing that it would be difficult to pick an impartial jury in the middle of the presidential campaign, and that a trial would be a “zoo.”

Trump’s Republican rivals seized on the school’s legal problems as they sought to derail his march to the party’s nomination. He became the presumptive nominee last week after his last two rivals dropped out. Trump and the university face a second class-action lawsuit in San Diego by former students, alleging racketeering, and a fraud case brought by New York state Attorney General Eric Schneiderman.

In setting the trial date, U.S. District Court Judge Gonzalo Curiel said he was concerned about “opening a Pandora’s box” of problems if Trump were to be elected president and the trial were held next year as Trump’s lawyers requested. The judge also said he’s seriously concerned about the attention he anticipates the trial generating.

“I’m thinking of my jury,” he said. “Will they be able to stay clear of the media frenzy that will occur and will we be able to insulate them from events that may occur outside the courthouse?”

The judge made several references to demonstrations and protests that have arisen out of the Trump campaign.

“I want to ensure that we have a fair trial for both parties that is based on the facts of the case and the law,” the judge said.

Trump’s lead attorney, Daniel Petrocelli, sought to schedule the trial for February, which he said would allow Trump, if elected, to get through his inauguration and selection of his transition team. He said scheduling the trial in July or August — as requested by the plaintiffs — would be “an unwanted intrusion on the election process.”

“Mr. Trump must devote all of his time and energy to running for the office,” Petrocelli said. “If Mr. Trump is unsuccessful in November he will have plenty of time on his hands afterward.”

Trump’s preference is to attend most, if not all of the trial, Petrocelli told the judge.