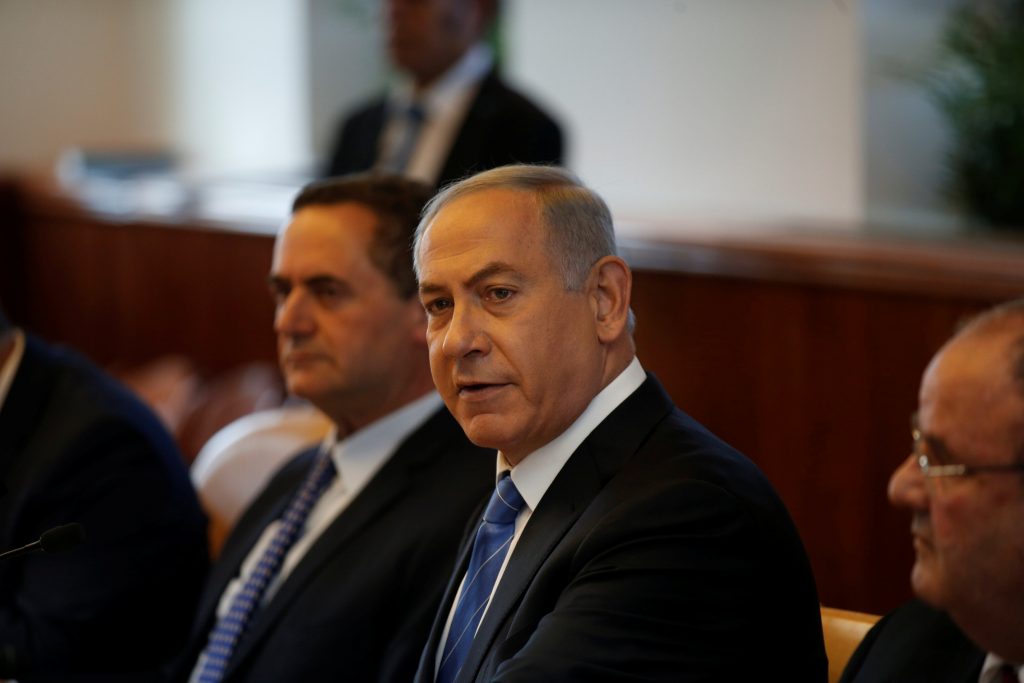 Prime Minister Binyamin Netanyahu has publicly rebuked a top general for comments that appeared to liken the atmosphere in Israel to that of Nazi-era Germany.

Golan sparked outrage, particularly among nationalists, for saying that he sees evidence in present-day Israel reminiscent of the “nauseating processes” that took place in Nazi Germany. The defense minister, military chief and other officials came to his defense, saying that he was warning of troubling trends in society.

But Netanyahu called the comments outrageous, saying at his weekly Cabinet meeting that “they cause harm to Israel and cheapen the Holocaust.”

“The comments do injustice to Israeli society and cause a belittling of the Holocaust,” said Netanyahu. “The Deputy Chief of Staff is an outstanding officer, but his remarks on this issue were utterly mistaken and unacceptable to me.”

In his opening remarks at the Cabinet meeting, Netanyahu discussed the discovery of another terror tunnel near the Gaza border last week.

“Israel will continue to act as necessary to uncover and counter the threat of tunnels in the south,” he stated. “We will spare no resources and means in providing security to the residents of the area adjacent to the Gaza Strip. In the past two years, these communities have flourished amidst a considerable increase in the number of residents. We are working to continue this trend. We are not seeking escalation, but we will not be deterred from doing whatever is necessary to maintain security.”