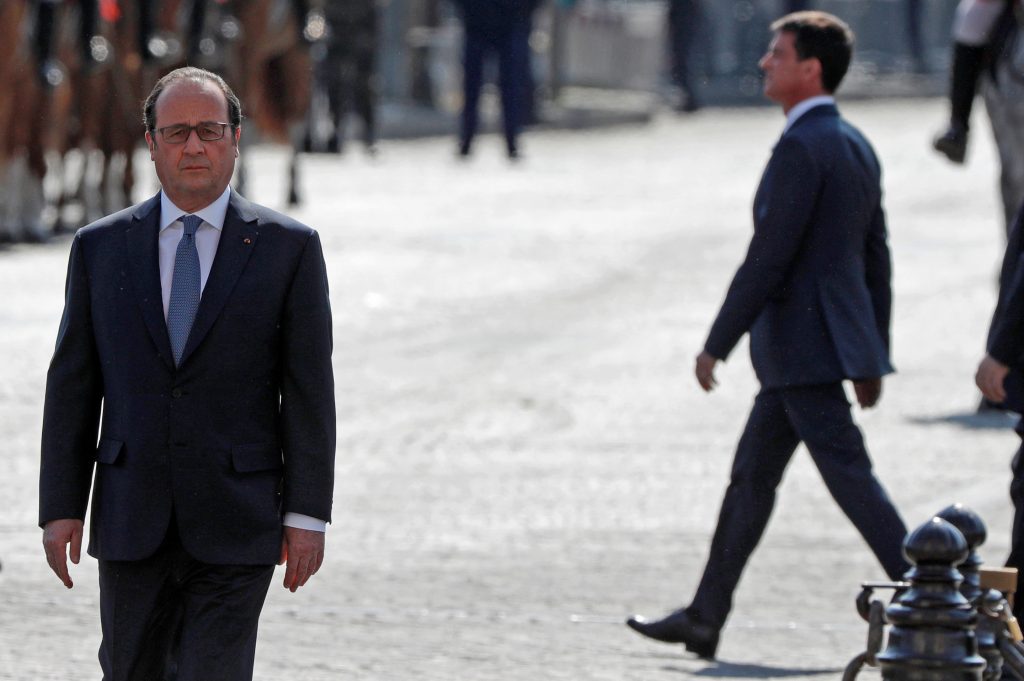 Under a balmy sun, Hollande began the proceedings by laying a wreath at the statue of Charles de Gaulle, former president and leader of the French WWII government-in-exile. Hollande observed a minute of silence during a rendition of the French national anthem. He then shook hands with General De Gaulle’s grandson, Yves and spoke with him.

A cortege followed Hollande up to the Place de l’Etoile, where he laid another wreath at the tomb of the Unknown Soldier.

Victory in Europe Day is celebrated on May 8 to mark the date in 1945 that WWII ended in Europe following Nazi Germany’s surrender of its armed forces.