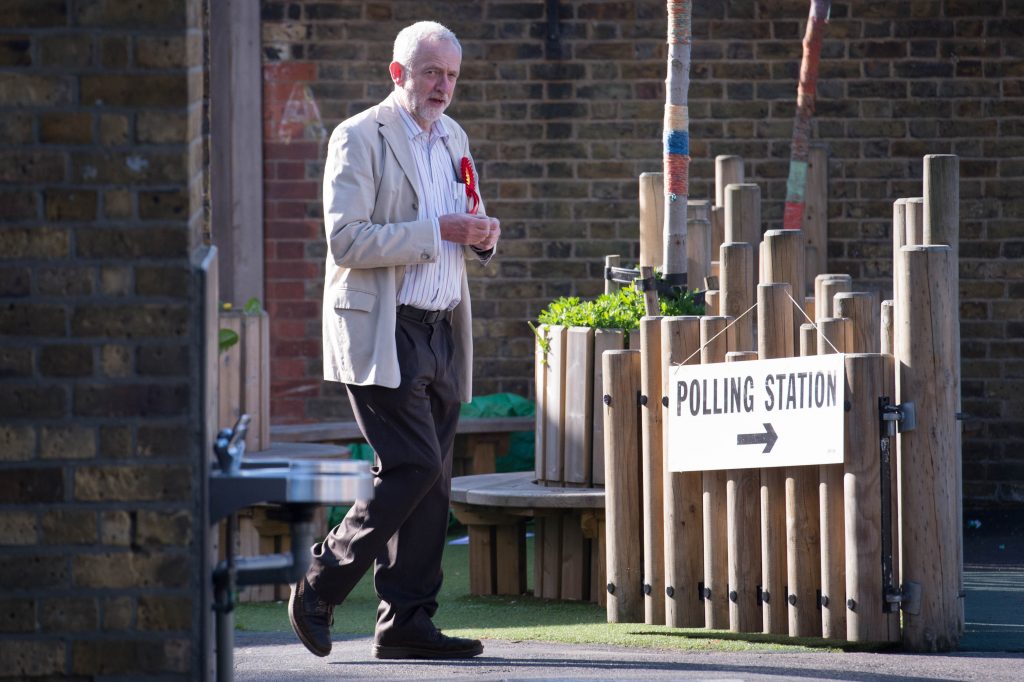 Britain’s Labour Party suffered losses on Friday in regional and local elections, especially in Scotland, but is waiting to see if it will, as expected, capture the big prize of London mayor.

It was not clear whether the scale of the losses would increase pressure on its new, leftist leader, Jeremy Corbyn, from centrists fearing a swing back to old-style socialist policies.

While the party, Britain’s official opposition, fared poorly in some of dozens of contests in Scotland, Wales, parts of England and Northern Ireland, it looked set to win London’s mayoral election, where former human rights lawyer Sadiq Khan was expected to become the first Muslim to take the post.

The ruling Conservatives failed to make any big gains in England and Wales, but made good headway in Scotland where partial results show it may leap-frog Labour as the second party of the Scottish National Party.

Britons voted on Thursday to elect newly devolved authorities in Scotland and Wales, more than 2,700 local officials across England, and a new mayor of London.

“If you compare from when Jeremy took over to now, we are on a clear path of improvement,”Labour’s finance spokesman John McDonnell told BBC radio after it said results suggested the party had increased its share of the vote in “key wards” since last year when it was beaten by the Conservatives.

Corbyn has struggled to hold his Labour Party together after he was elected as leader in September on a wave of enthusiasm for change and an end to ‘establishment politics,’ particularly among younger voters.

But his left-leaning stance has jarred with several lawmakers in Parliament, some of whom have been looking into ways to topple Corbyn despite his strong backing from a major funder of theLabour Party, the trade unions.

Some Labour lawmakers said the results, which saw the party set to fall into third place in Scotland in the devolved Scottish Parliament, should force Corbyn to try to widen his appeal.

“I think that the reality is that people aren’t listening to us any more (…) and we have to earn that right again,” said Anas Sarwar, newly elected Scottish Labour lawmaker.

“We have a problem with connecting with certain parts of the electorate and I think that’s a fundamental problem.”

With nearly two-thirds of the results declared, there was little change in England, with Labour losing 9 percent of its share of the vote in Scotland and losing some ground in Wales.

In London, Khan, 45, the son of an immigrant bus driver, was up against Conservative Zac Goldsmith, 41, the elite-educated son of a billionaire financier.

The winner will replace Boris Johnson, the Conservative who has run the city of 8.6 million people for eight years. A top campaigner for Britain to leave the European Union, Johnson is seen as a contender to succeed David Cameron as party leader and prime minister.

Khan has a big lead in the opinion polls, despite accusations by Goldsmith that he has shared platforms with radical Muslim speakers and given “oxygen” to extremists – charges he has denied.