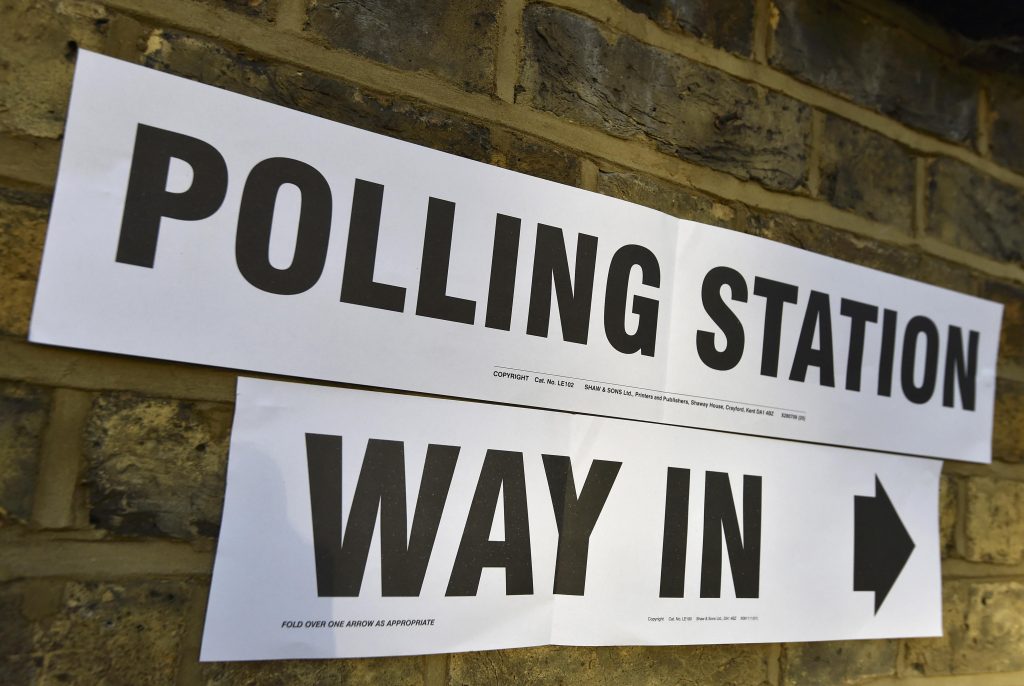 Britons voted Thursday in local and regional elections that will choose a new mayor for London — and are expected to deal a blow to Britain’s main opposition Labour Party.

Voters are electing a Scottish Parliament and legislatures in Wales and Northern Ireland, as well as choosing members of many English local authorities, including a new London mayor to replace flamboyant Conservative Boris Johnson.

The mayoral race pits the Labour Party’s Sadiq Khan against Conservative Zac Goldsmith. Pollsters and bookies make Khan the favorite to win and become the city’s first Muslim mayor, after a bitter campaign that saw Goldsmith accuse his rival of sharing platforms with Islamic terrorists.

Khan, a former human rights lawyer and the son of a bus driver from Pakistan, accused wealthy environmentalist Goldsmith of trying to divide voters in one of the world’s most multicultural cities, home to 8.6 million people — more than 1 million of them Muslims.

Tony Travers, a local government expert at the London School of Economics, said the introduction of a directly elected London mayor 16 years ago has “brought into politics an American form of government” that differs from traditional British parliamentary and local government structures.

“Now intriguingly this time — and we’ve seen a bit of it before — it appears to have brought with it some of the harder American campaign tactics,” he said.

A victory for Khan would be a bright spot in what looks set to be a grim day for Labour, which has been out of office nationally since 2010.

Opposition parties usually gain seats in mid-term elections as voters punish the sitting government. But Labour under left-wing leader Jeremy Corbyn is divided and beset by a controversy over allegations of anti-Semitism within its ranks. The furor erupted when former London mayor Ken Livingstone — a Corbyn ally — claimed that Adolf Hitler had supported Zionism before he came to power.

Livingstone, Labour lawmaker Naz Shah and several local party officials have been suspended over comments or social media posts about Israel, and Corbyn has faced renewed pressure over his links to pro-Palestinian groups.

Corbyn predicted last week that Labour would not lose seats, but later said that “predictions are not that important.”

A poor showing would bolster discontented Labour lawmakers who believe the party is heading for a third straight general election defeat in 2020 if Corbyn — a rumpled, life-long socialist with strong support among the party’s grass roots — is not replaced.

Some voters were turned away from polling stations in the North London borough of Barnet early in the day after being told their names did not appear on a list of electors. The council said the problem had been fixed by late morning, and urged voters who had been turned away to try again.

Sophie Walker, mayoral candidate for the Women’s Equality Party, said some voters would be unable to return, and she would make a formal complaint about the glitch.

“These are vital votes, particularly for smaller parties,” she said.

In Scotland, the pro-independence Scottish National Party is on course to win a majority of seats in the Edinburgh-based Parliament and retain governmental power, with Labour at risk of sinking to third place behind the Conservatives.

The SNP oversaw an unsuccessful 2014 referendum on leaving the U.K., but has said it could make a fresh independence bid if British voters choose to leave the European Union in a June 23 poll.

In Northern Ireland, which has its own set of political parties reflecting the Catholic-Protestant divide, rivals are competing to see whether the Catholic side can overtake the territory’s dwindling Protestant majority for the first time.

The outcome of the Northern Ireland Assembly election will determine who serves as first minister atop the surprisingly durable, nine-year-old coalition government, which has overseen relative calm following four decades of conflict that claimed 3,700 lives.

The party with the most assembly seats always receives the top post. The incumbent is Democratic Unionist leader Arlene Foster, Northern Ireland’s first female leader. Polls suggest the Irish nationalists of Sinn Fein will narrow the gap with the Democratic Unionists, but fall short of overtaking the Protestant side of the house.

Polls are open until 10 p.m. local time, and results of all the races are due Friday.