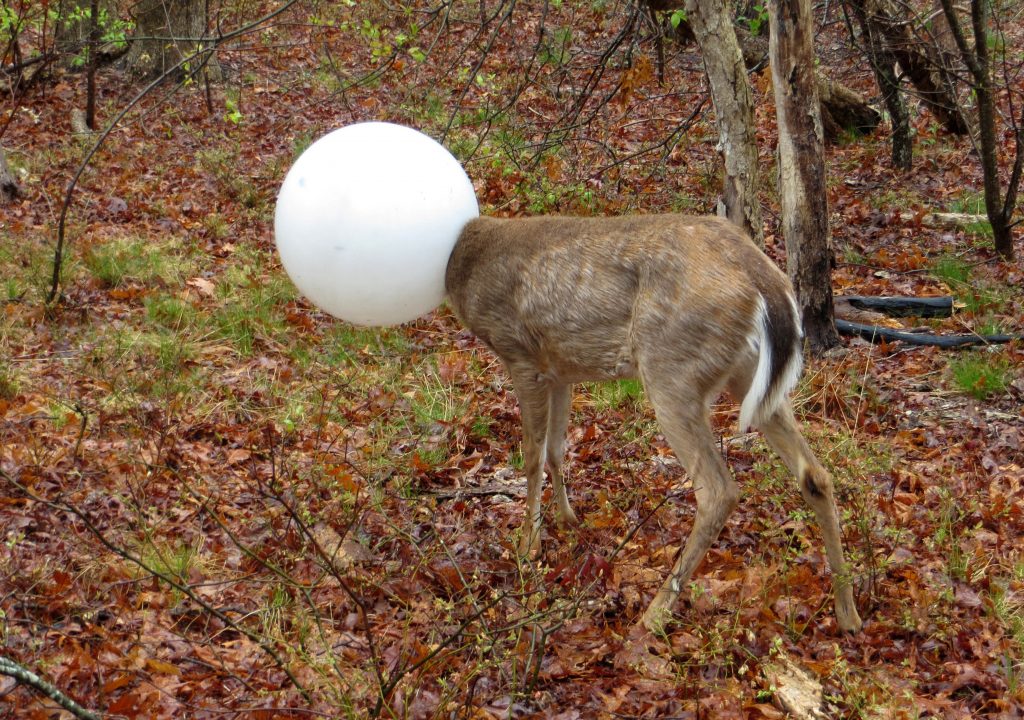 It was a deer caught in the … light globe.

A police officer came to the aid of a wild deer whose head was stuck inside a light globe in a wooded area of suburban New York.

The state Department of Environmental Conservation says one of its officers spotted the deer Tuesday in the woods in Centereach, 45 miles east of New York City. Environmental conservation officials believe the deer had been lying there since Monday night.

Officer Jeff Hull approached the deer and tried to remove the globe. But it slipped out of his hands and the deer ran off.

Hull approached a second time and tossed his coat over the light globe. As the deer pulled back, the globe came free.