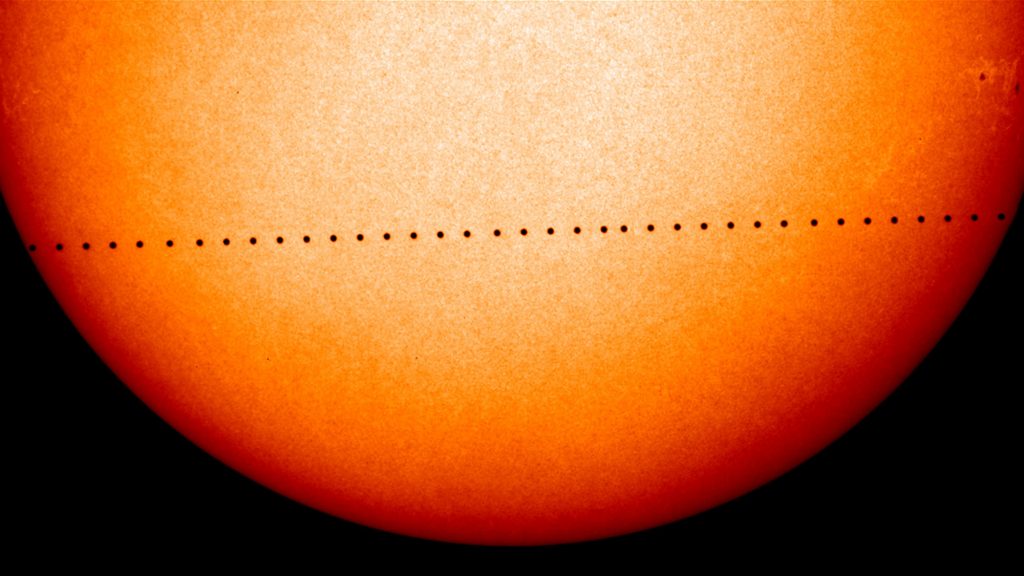 Earthlings are in for a treat Monday as Mercury makes a relatively rare transit of the sun.

The solar system’s smallest, innermost planet will resemble a black dot as it passes in front of our big, bright star. The last time Mercury crossed directly between the Earth and sun was in 2006, and it won’t happen again until 2019 — and then, until 2032. NASA says the event occurs only about 13 times a century.

The eastern United States and Canada can see the entire 7 1/2-hour transit, as will most of Western Europe and South America. In the western portion of North America, stargazers can join in midway, at sunrise.