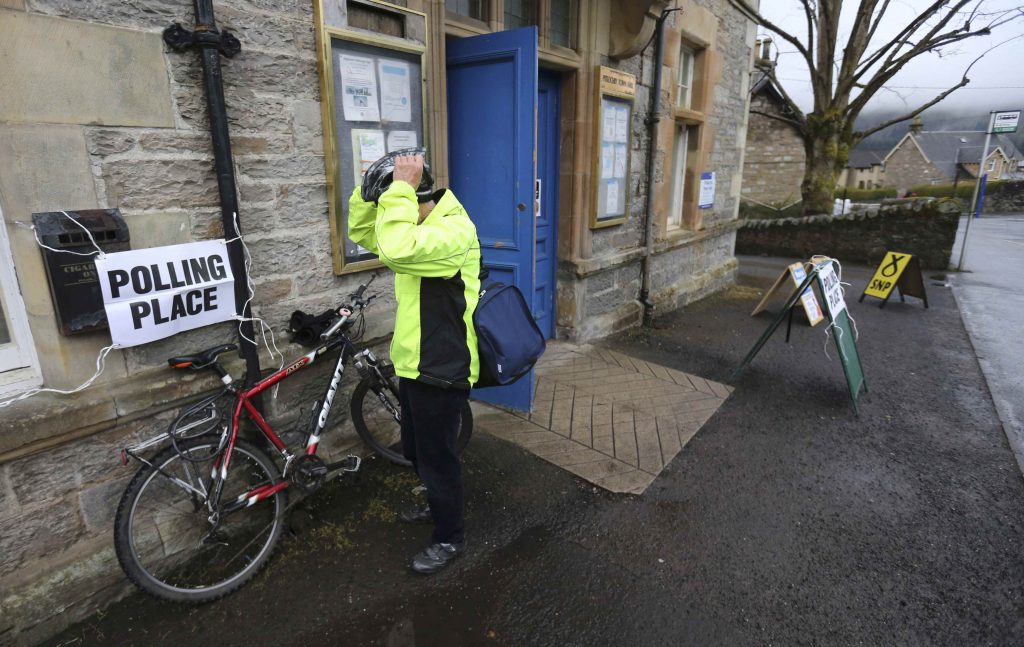 Labour candidate Sadiq Khan looked set on Thursday to become the first Muslim elected mayor of London, loosening the ruling Conservatives’ hold on Britain’s financial center after a campaign marred by charges of anti-Semitism and extremism.

His victory may be a lone bright spot for Britain’s main opposition party in local elections in England, Scotland and Wales. Opinion polls and voters suggested Labour would lose seats in some traditional strongholds, testing the authority of its new left-wing leader, Jeremy Corbyn.

Britons trickled in to voting stations to cast their ballots in elections that some campaigners fear could fail to attract many voters, as the contests have been overshadowed by next month’s referendum on whether Britain should leave the European Union.

The fight to run London — the top prize in the local elections — has pitted Labour’s& Khan, 45, the son of an immigrant bus driver, against Conservative Zac Goldsmith, 41, the elite-educated son of a billionaire financier.

The winner will replace Conservative Boris Johnson, who has run the city of 8.6 million people for eight years. A top campaigner for Britain to leave the EU, Johnson is seen as a contender to succeed David Cameron as party leader and prime minister.

And while the mayor does not run the City of London financial district, the post has outsized influence over government in lobbying for the capital and the ruling Conservatives are keen to keep hold on to it.

Khan& had a big lead in the opinion polls, despite accusations by Goldsmith that he has shared platforms with radical Muslim speakers and given “oxygen” to extremists.

The campaign, condemned by Labour for using what it calls tactics worthy of presumptive Republican presidential nominee Donald Trump to divide Londoners along faith lines, has swept aside the usual concerns in the capital over high transport costs and a lack of affordable housing.