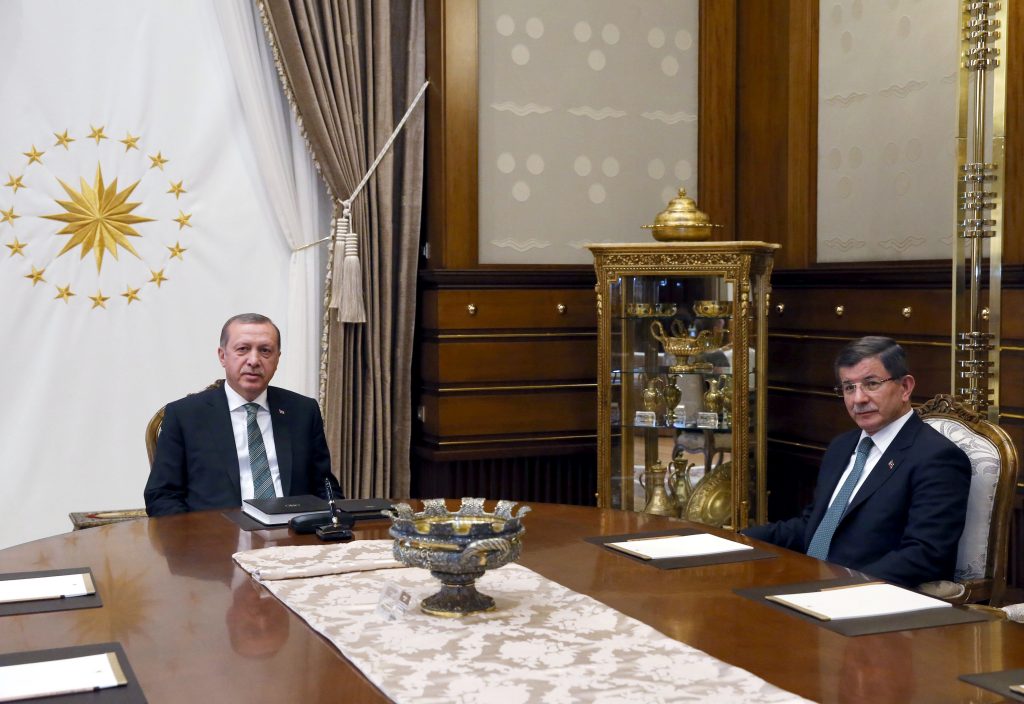 Turkey’s ruling party will hold an extraordinary congress in the coming weeks at which Prime Minister Ahmet Davutoglu is not planning to run for the leadership, senior party officials said on Wednesday, signalling the likely end of his term as premier.

The decision, confirmed to Reuters by three AK Party officials, comes after a meeting of more than 1-1/2 hours between Davutoglu and President Tayyip Erdogan, which followed weeks of increasingly public tensions between the two men.

“The president and prime minister reached agreement on the congress … I don’t think Davutoglu will be a candidate again,” one of the officials told Reuters.

The leader of the AK Party, which has governed Turkey since 2002, also serves as prime minister. Davutoglu’s departure would plunge Turkey into uncertainty as it faces mounting security challenges, with a Kurdish insurgency in its southeast and the spillover of the war in Syria on its southern border.

It also comes as Europe looks to Turkey for help in curbing a migration crisis and as Washington draws on the NATO member’s support in fighting Islamic State in Syria and Iraq.

The lira weakened to 2.976 to the dollar on the news, its weakest since the end of February, as investors balked at the prospect of more political uncertainty.

The official said the congress would be held as soon as May 21 and no later than June 6, the first day of the Islamic month of Ramadan.