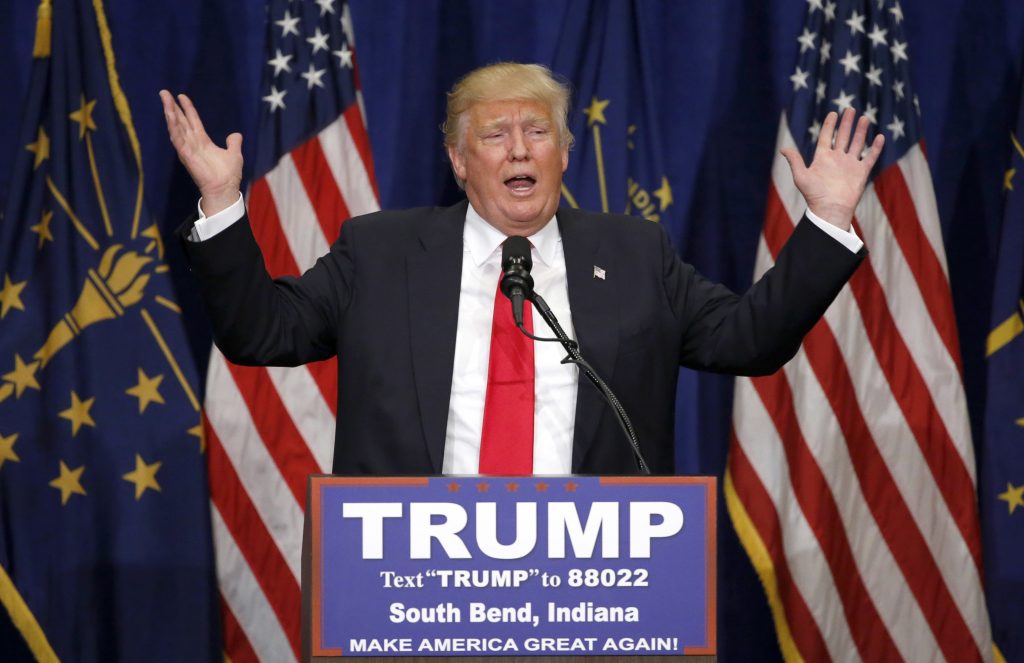 With the Republican party’s nomination virtually in hand, frontrunner Donald Trump is thinking about who might be his second-in-command.

Trump suggested in broadcast interviews Wednesday morning that he would likely pick someone with more experience governing or legislating, though he did not name any potential picks.

“It will probably be a person with political experience,” Trump told ABC’s George Stephanopoulos. “I would like to have somebody that could truly be good with respect to dealing with the Senate, dealing with Congress, getting legislation passed.”

Trump also confirmed his vice president would be a Republican, after Stephanopoulos asked.

On MSNBC earlier that day, Trump suggested by phone that a more political vice president would complement his own history.

“I have the business, let’s call them, talents,” he said, adding that a possible vice president would be “somebody that’s been friends with the senators and congressmen and all so we don’t have to go the executive order route as much as Obama did.”

Trump’s top rival for the nomination, Ted Cruz, dropped out Tuesday night after being routed in Indiana, though he himself had announced Carly Fiorina would be his vice president. Trump declined to speak much about Cruz, though he said on MSNBC that an endorsement from the former senator would be “nice.”