National FOCUS: Obama is Trapped on Iraq as His Term Runs Out
National 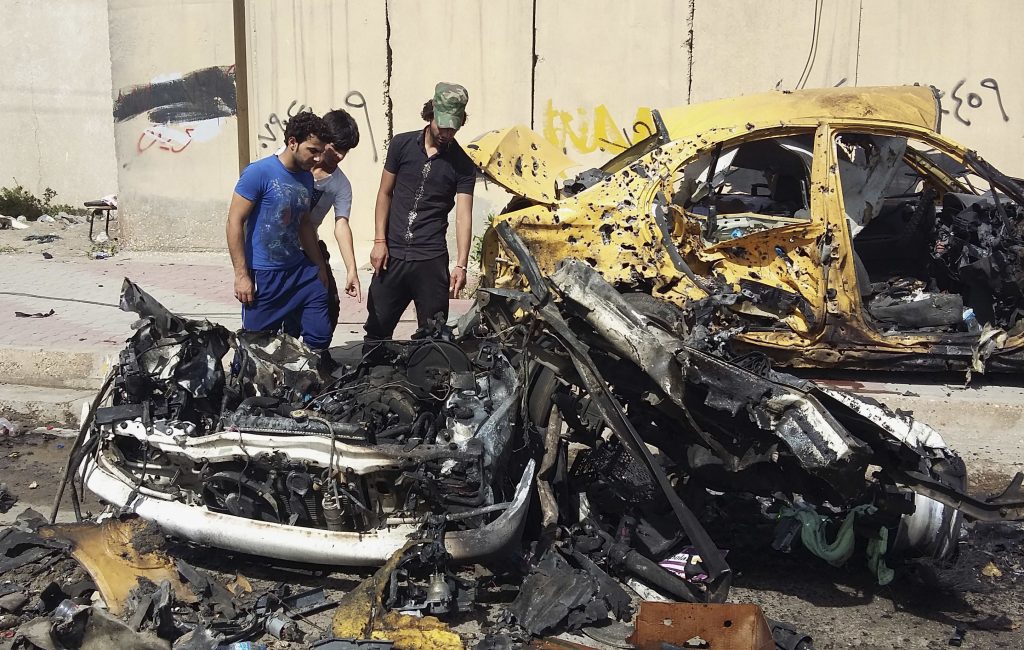 When Iraqi Prime Minister Haider al-Abadi took office in 2014, the Obama administration hoped he would prove to be a Mr. Fix-It, a relatively moderate Shiite Muslim leader who would manage spoilers in his own sect, make long-overdue overtures to the country’s Sunni minority and work closely with the U.S. to reclaim territory captured by the Islamic State.

Two years later, however, al-Abadi’s administration is teetering amid political turmoil, and the country is careering toward bankruptcy, all while the Islamic State still controls large swaths of territory. How much al-Abadi is to be blamed is up for debate, but it’s clear that even the modest U.S. goal of a good-enough government in Baghdad hasn’t been realized. Now, analysts say, the Obama administration is just trying to keep the nation from collapse without dragging the United States deeper into Iraq’s no-win scenarios.

“We have an administration that doesn’t feel as if it is part of the situation in Iraq. They feel like they inherited it and the best they can do is to keep it in a manageable form and to hand it to the next president,” said Abbas Kadhim, a senior foreign policy scholar at the School for Advanced International Studies at Johns Hopkins University ,whose name has been floated as a potential Cabinet pick in a new technocratic government in Baghdad.

The unrest of the past week — protesters occupied Parliament on Saturday — brings an ominous sense of déjà vu. Muqtada al-Sadr, the rebel cleric and old U.S. nemesis, once again is calling the shots. Vice President Joe Biden had just left Baghdad, where he’d praised moves toward stability, when protesters stormed Baghdad’s fortified Green Zone last weekend in an unprecedented breach.

On Tuesday, the Pentagon announced the combat death of a Navy SEAL who had been advising Kurds fighting the Islamic State in the north, the second U.S. death since March, a sign that many of the 5,000 American troops in Iraq are indeed in harm’s way.

Taken as a whole, foreign policy analysts say, conditions suggest that President Barack Obama won’t be able to smoothly disengage from Iraq in his final months in office, and the morass there is sure to bedevil the next U.S. president and complicate the fight against the Islamic State as well as other regional goals, such as resolving the war in Syria and containing Iranian influence.

“Dr. Abadi has not shown any decisiveness in his governance since he took office and also, in fairness to him, the political atmosphere in Iraq is tough,” said Kadhim, the Iraqi academic.

“His office itself doesn’t come with the tools that would allow someone to govern well, even if he had the will and personality,” Kadhim added. “So it’s both: Part of it is him and part of it is the constraints on his constitutional authorities and his powers.”

Still, analysts say, the United States has little choice but to back al-Abadi; there aren’t many acceptable alternatives. Waiting in the wings is former Prime Minister Nouri al-Maliki, whom the U.S. helped to force from office and who was widely blamed for sectarian policies that left Sunni provinces vulnerable to an Islamic State takeover.