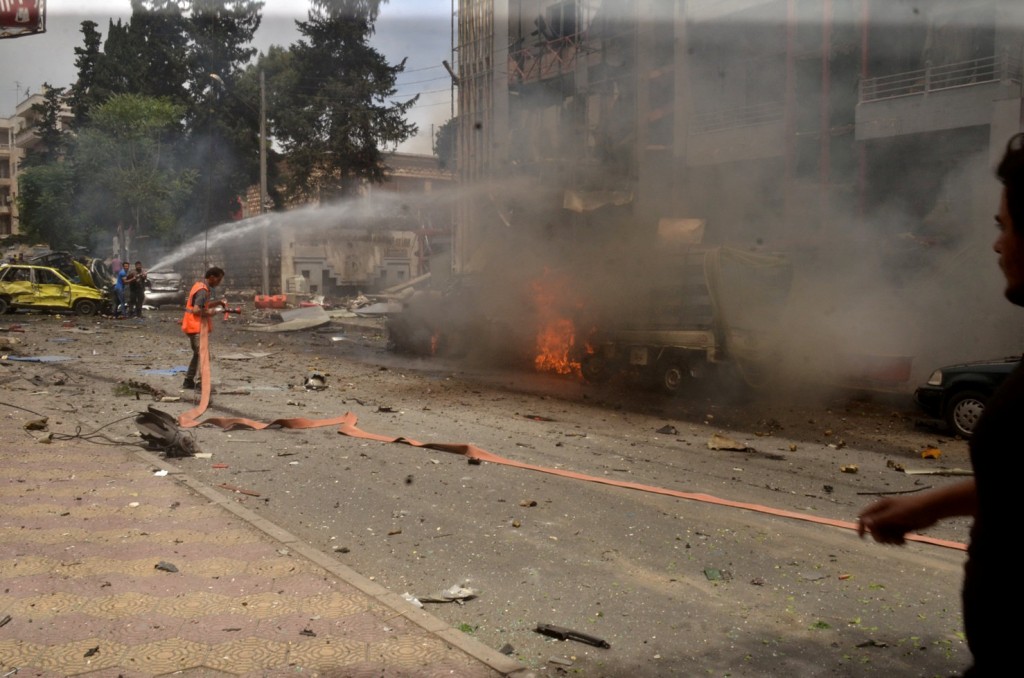 Terrorists bombarded government-held areas of Aleppo with rockets on Tuesday, killing 19 people and striking a hospital, while also launching a ground assault on army-held positions of the divided city, the Syrian Observatory for Human Rights said.

The Syrian army said terrorists had launched a widespread assault and that it was responding. State-run Syrian news channel Ikhbariya said three women were killed and 17 more people wounded at the al-Dabit maternity clinic.

The army statement said the attack was at “a time when international and local efforts are being made to shore up the (cessation of hostilities agreement) and to implement … calm in Aleppo.”

The Observatory said the hospital had been heavily damaged.

In rebel-held parts of Aleppo, the Observatory said there had been three air strikes, causing an unconfirmed number of deaths.

The Observatory said 279 civilians have been killed in Aleppo by bombardments since April 22, with 155 of them killed in opposition-held areas, and 124 killed in government-held districts.

The ground assault focused on the Jamiat al-Zahraa area of the city, where terror groups detonated tunnels and took a few buildings before advances were checked by the arrival of reinforcements on the government side, the Observatory said.

A Syrian army source said a car bomb was used in an attack nearby, adding that the attack had failed. The source added that “matters had been moving towards Aleppo being included in the truce, but it seems there are those who do not want that.”

Asked if it reduced the chances of a truce in Aleppo, the source said: “Certainly, because practically the one carrying out these actions does not want a truce.”