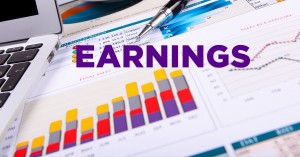 On a per share basis, earnings fell 77 percent to 3 cents from 13 cents.

On an adjusted basis, earnings per share rose 9 percent to 76 cents, in line with Wall Street estimates. Adjusted figures exclude amortization expense related to acquisitions completed in 2015 and other items.

Mylan, which is reincorporated in the Netherlands but is run from executive offices in suburban Pittsburgh, also announced that it hired Kenneth Parks as its new chief financial officer, replacing the retired John Sheehan. The appointment is effective June 6.

Parks is senior vice president and CFO at Pittsburgh-based Wesco International, a distributor of electric, industrial and other products. He spent the majority of his career at United Technologies Corp. in a variety of U.S. and international finance roles.