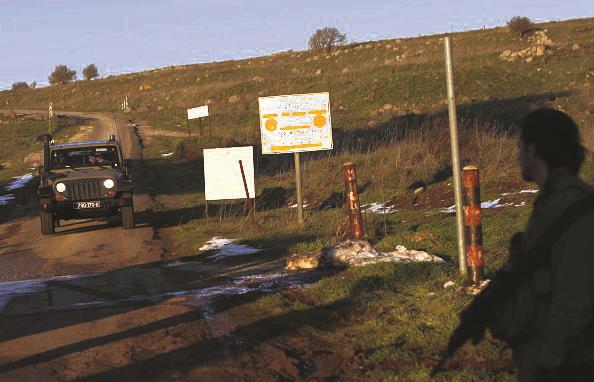 After 13 years in prison, an Israeli resident of a Druze village on the Golan Heights was released Monday. No reason was ever given for the imprisonment of Barjas Awidat, although MK Ayoub Kara, who has been working on securing his release for years, said that he had been accused of spying for Israel.

According to family members, Awidat had left his hometown of Majdal a-Shams, a large Druze village in the Golan Heights close to the Syrian border, to pursue studies in Damascus. He disappeared in 2003, and nothing was heard from him thereafter.

The family tried to reach out to contacts in Syria in order to determine where Awidat was, family members said in an interview with local Arab media that aired on Monday. That Awidat was actually still alive did not become clear until 2011, the family said. It was then that they learned that he was in prison in Damascus, although no information was forthcoming on the charges against him.

Awidat was released on Monday and taken to the Syrian city of Sawida, which has a large Druze community. The family is trying to arrange for his return to Majdal a-Shams. Members stressed that they still did not know the reason for Awidat’s imprisonment, but that he was certainly not spying for Israel.