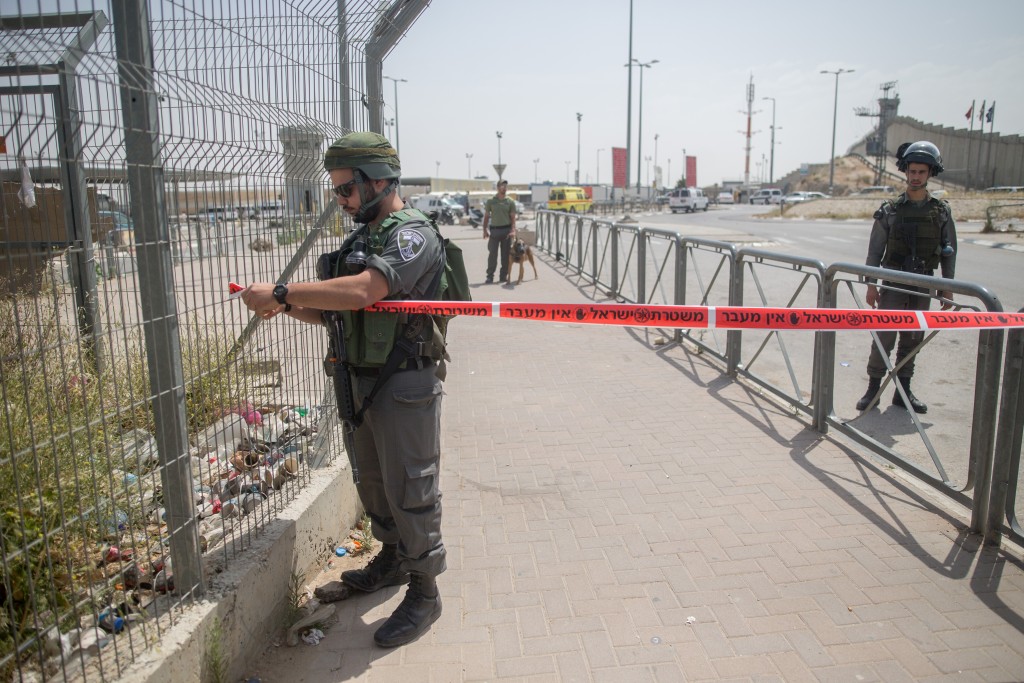 Israeli police said Monday that security guards – not officers – fired the shots that killed two Palestinian siblings who attempted to carry out a stabbing attack at the Kalandiya checkpoint north of Yerushalayim last Wednesday morning. The two terrorists had attempted to advance on Border Guards at the checkpoint, and had refused to halt. One of the terrorists pulled out a knife, and security officials opened fire and shot at them, neutralizing them. B’chasdei Shamayim, no Israelis were wounded in the attack.

A police statement on Monday said officers at the scene acted “according to regulations,” including firing warning shots in the air during the incident, and that security guards shot the brother and sister.

Israeli media reported the guards were civilian contractors. At the time of the incident, police said officers had also opened fire at the pair.

Police say the pair ignored calls to stop and that the woman threw a knife at officers.