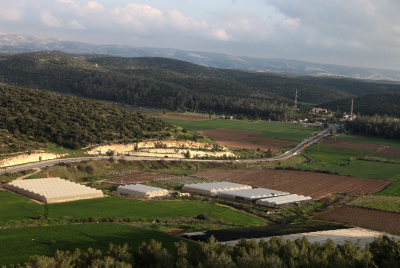 Mitspeh Naftoach is located south of Ramot, and has been the subject of a long-running dispute between developers, environmentalists, and city officials. A plan approved by the city – but not yet approved by numerous building committees – would see 60,000 homes built in the area.

Opposing the plan is the Yerushalayim municipality, which is concerned that many city residents will abandon the city center for the new neighborhoods, closer to the center of the country and ostensibly saving them precious commuting minutes. The city also fears that traffic will grow significantly at the western entrances to the city.

According to a spokesperson for Megama Yeruka, one of the groups that sponsored the petition, the large number of signatures shows that “the people have spoken, and they have asked that Mitzpeh Naftoach be left alone. The construction will not solve the country’s housing crisis, and will not help young homebuyers – rather, it will serve only wealthy Israelis who already own homes.”