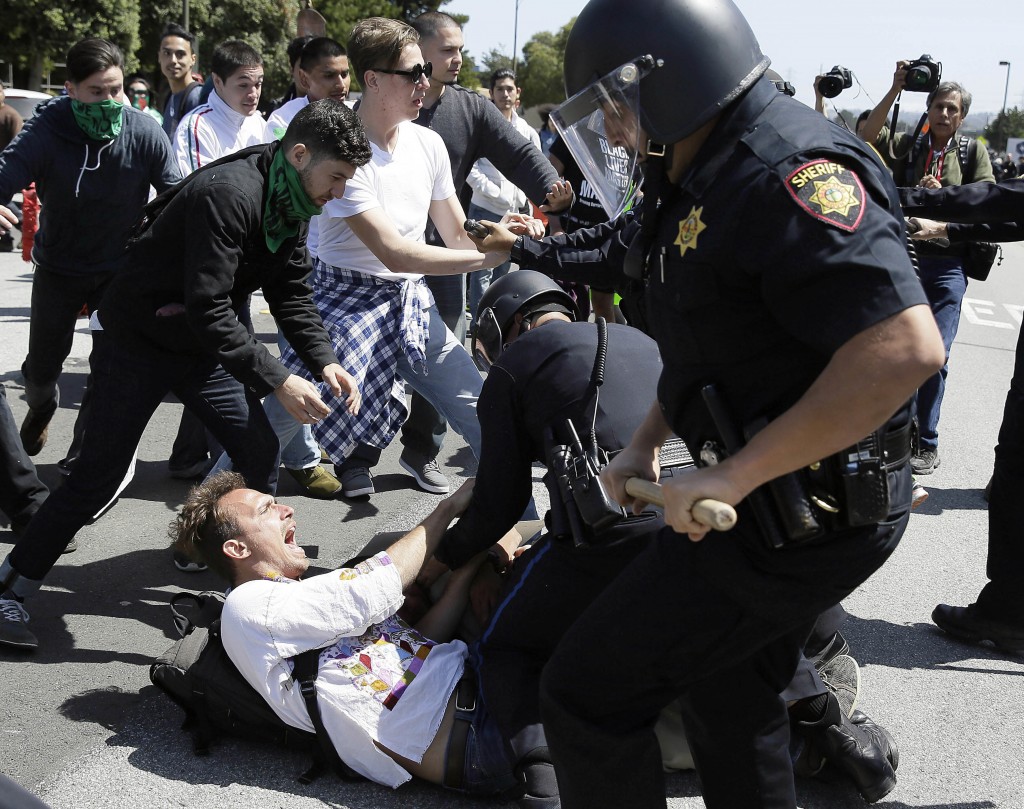 Latino activists are saying that they expect more large protests as Donald Trump moves his presidential campaign into California.

Trump faced large and hostile demonstrations outside a rally Thursday night in Costa Mesa and at the Burlingame Hotel, where he delivered a speech to the California Republican Convention on Friday.

“I think it’s going to get worse if he gets the nomination and is the front-runner. I think it’s going to escalate,” said Luis Serrano, an organizer with California Immigration Youth Justice Alliance. “We’re going to keep showing up and standing against the actions and the hate Donald Trump is creating. We are going to continue to just show up in numbers and stand together.”

Trump has faced protests during several stops in California over the past few months, but they escalated considerably this week.

He is leading several polls of California Republican voters. But his outspoken comments about people in this country illegally and advocacy for a border wall have sparked a backlash by younger Latinos, said Carlos Perea, an immigrant-rights organizer who was at the Costa Mesa rally.

“Young people went to the streets and said ‘We’ve had enough of this,’” he said.

The next test could come on Sunday, at a May Day rally planned for downtown Los Angeles.

Los Angeles police have been meeting with demonstrators for some time in order to ensure a peaceful protest.

“We expect May Day to be peaceful,” LAPD Assistant Chief Michel Moore said. “We are always prepared for any eventuality were anything to happen. But we have nothing to suggest that will be the case.”

Protest organizers in Southern California said the anti-Trump demonstrations spread through word of mouth and involved mostly young people, including many high school and college students. They brought with them Mexican flags, which were once discouraged at immigrant-rights rallies for fear they would be regarded as un-American.

The demonstrations outside the Pacific Amphitheatre in Costa Mesa on Thursday night blocked traffic and caused tense moments. Some protesters performed screeching burnouts in their cars or did doughnuts at intersections. Others kicked at and punched approaching vehicles, shouting expletives. Music was blasted throughout the streets. At least 17 people were arrested, and a Trump supporter and a teenage anti-Trump protester were hurt.