It’s been nearly 16 years now that the children davening at the Marina Roscha shul in central Moscow are part of something very special. On Friday nights and Shabbos mornings they have been joining the “Chevra Tefillah” and on Shabbos afternoons the “Chevra Tehillim.” The children sit together and daven beautifully, savoring every word, along with their devoted counselors.

These programs were founded by the shul’s gabbai, and over the years hundreds of children davened there intensely and made a tremendous Kiddush Hashem before thousands of shul attendees and many guests.

This year the gabbai’im decided to take it up one notch higher. They arranged a special Hakhel gathering on Chol Hamoed with the participation of the Chief Rabbi of Russia, who has been handing out prizes in shul to the outstanding daveners. The highlight of this Hakhel would be the special brachah on flowering fruit trees which is only said during the month of Nisan.

The gathering took place in Moscow’s Botanical Gardens, which were established by the Russian czar 310 years ago. He could never have imagined that the day would come when dozens of Jewish children would stand proudly in the center of his gardens and loudly proclaim this special blessing. 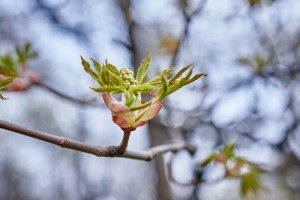 The gathering began with a letter of appreciation to the park’s director, who so graciously allowed the gabbai’im to set up a special dais near the flowering trees, and extended free entrance to all of the Hakhel’s participants.

The Chief Rabbi then spoke to the children about how important it is to learn from the flowering trees, and encouraged them to continue striving in both their davening and Tehillim on Shabbos, wherever they may be.

The Hakhel included Torah, tefillah and tzedakah, with the entire crowd saying Tehillim together and giving coins to tzedakah. 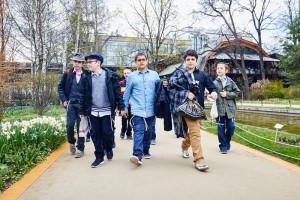 After that, the children heard fascinating stories and divrei Torah about this mitzvah in Eretz Yisrael from the noted educator and teacher, Rabbi Mordechai HaLevi Horvitz, who had come from the Eretz Yisrael.

When the official part of the gathering was over, the children were treated to a grand tour of the gardens, where they strolled along winding pathways and past magnificent waterfalls. They also visited the tropical gardens, which house many plants that have become extinct in the wild. This really opened the children’s eyes to how wonderful are Hashem’s creations and how pleasurable they are to us!