Technology FOCUS: Can Gov’t Compel You to Provide Your Fingerprint to Unlock a Phone?
Health, Science & Technology 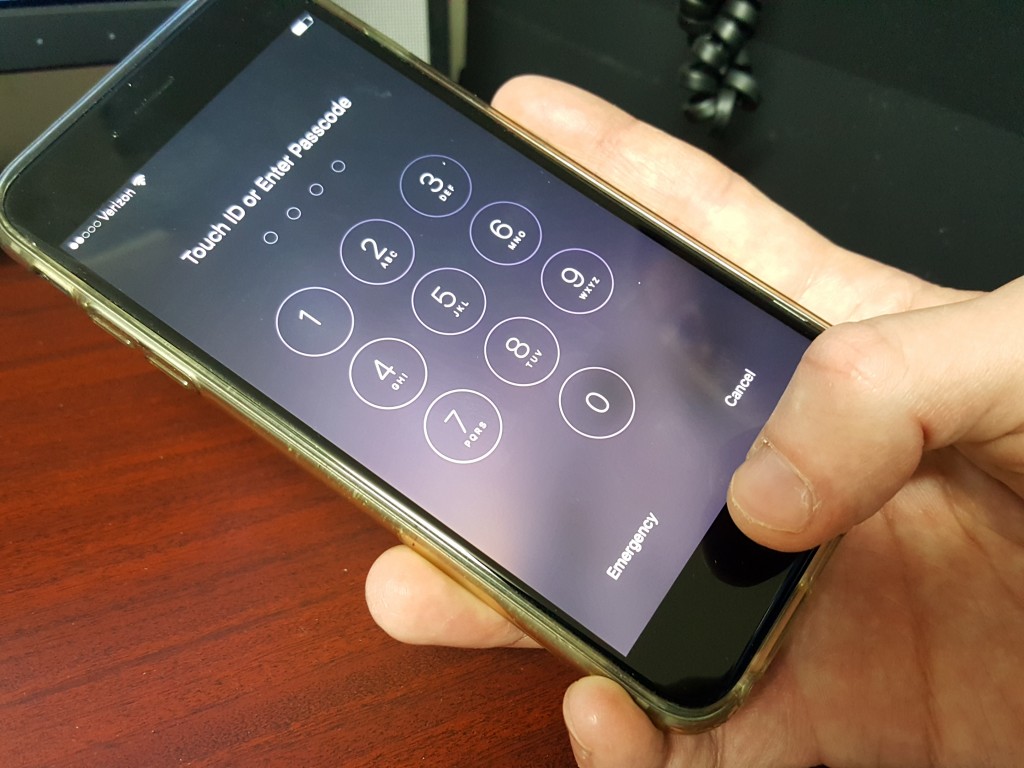 As the world watched the FBI spar with Apple this winter in an attempt to hack into a San Bernardino shooter’s iPhone, federal officials were waging a different encryption battle in a Los Angeles courtroom.

There, authorities obtained a search warrant compelling the friend of an alleged Armenian gang member to press a finger against an iPhone that had been seized from a Glendale home. The phone contained Apple’s fingerprint identification system for unlocking, and prosecutors wanted access to the data inside it.

It marked a rare time that prosecutors have demanded a person provide a fingerprint to open a computer, but experts expect such cases to become more common as cracking digital security becomes a larger part of law enforcement work.

The Glendale case and others like it are forcing courts to address a basic question: How far can the government go to obtain biometric markers such as fingerprints and hair?

The U.S. Supreme Court has held that police can search phones with a valid warrant and compel a person in custody to provide physical evidence such as fingerprints without a judge’s permission.

But some legal experts say there should be a higher bar for biometric data, because providing a fingerprint to open a digital device gives the state access to a vast trove of personal information and could be a form of self-incrimination.

“It isn’t about fingerprints and the biometric readers,” said Susan Brenner, a law professor at the University of Dayton who studies the nexus of digital technology and criminal law, but rather, “the contents of that phone, much of which will be about [the person], and a lot of that could be incriminating.”

In the Glendale case, the FBI wanted the fingerprint of Paytsar Bkhchadzhyan, a 29-year-old woman from L.A. with a string of criminal convictions who pleaded no contest to a felony count of identity theft.

She was sentenced in that case on Feb. 25 in a Van Nuys courtroom. Jail records and court documents show that about 45 minutes after Bkhchadzhyan was taken into custody, U.S. Magistrate Judge Alicia Rosenberg — sitting in a federal courtroom 17 miles away — signed off on the warrant for the defendant to press her finger on the phone.

By 1 p.m., an FBI agent specializing in cybercrimes took her print, according to court papers.

Why authorities wanted Bkhchadzhyan to unlock the phone is unclear. The phone was seized from a Glendale residence linked to Sevak Mesrobian, who according to a probation report was Bkhchadzhyan’s friend and a member of the Armenian Power gang with the moniker of “40.” Assistant U.S. Attorney Vicki Chou said the search was part of an ongoing probe. She declined further comment.

Other court documents in the case were filed under seal.

Even with the limited outlines of the inquiry, Brenner said the act of compelling a person in custody to press her finger against a phone breached the Fifth Amendment’s protection against self-incrimination. It forced Bkchadzhyan to testify — without uttering a word — because by moving her finger and unlocking the phone, she authenticated its contents.

“By showing you opened the phone, you showed that you have control over it,” Brenner said. “It’s the same as if she went home and pulled out paper documents — she’s produced it.”

But Albert Gidari, the director of privacy at Stanford Law School’s Center for Internet and Society, said the action might not violate the Fifth Amendment prohibition of self-incrimination.

“Unlike disclosing passcodes, you are not compelled to speak or say what’s ‘in your mind’ to law enforcement,” Gidari said. “‘Put your finger here’ is not testimonial or self-incriminating.”

The issue partly revolves around the prevailing legal stance toward fingerprints.

Law enforcement routinely obtains search warrants to examine property or monitor telecommunications, even swab inside an inmate’s mouth for DNA. But fingerprints have long remained in the class of evidence that doesn’t require a warrant, along with providing handwriting samples or standing in a lineup. Courts have categorized fingerprints as “real or physical evidence” sourced from the body, unlike communications or knowledge, which cannot be compelled without violating the Fifth Amendment.

George M. Dery III, a lawyer and criminal justice professor at California State University, Fullerton likened the warrant to the government’s request for a key.

“Before cellphones, much of this information would be found in a person’s home,” Dery said, noting that search warrants commonly authorize police to march into a home and seize evidence. “This has a warrant. Even though it is a big deal having someone open up their phone, they’ve gone to a judge and it means there’s a likelihood of criminal activity.”

Apple’s fingerprint sensor, known as Touch ID, is installed on phones and tablets rolled out after 2013, and the optional feature has a narrow window during which it is viable for an investigator. The Touch ID biometric reader cannot be used if the phone has not been unlocked for 48 hours. If a phone is restarted, or goes beyond the 48-hour window, only a passcode can open it.

Few courts have taken up the issue of whether a defendant can be forced to unlock his or her iPhone, either with a password or fingerprint.

In a Virginia trial court, David Charles Baust was accused of trying to strangle someone in a room that was equipped with a video recording device that the victim said could have been linked to Baust’s phone. Investigators seized the phone via search warrant, but it could only be opened with a passcode or fingerprint reader.

In 2014, a judge said Baust could be compelled to provide his fingerprint to open a locked phone but could not be ordered to disclose a passcode. The judge reasoned that providing a fingerprint was akin to giving a key, while giving a passcode — stored in one’s mind — entailed revealing knowledge and therefore testifying. Baust was later acquitted.

George Mgdesyan, an attorney who has previously represented both Bkhchadzhyan and Mesrobian, said he was unsure why authorities were trying to unlock her phone. He said he was not representing Bkhchadzhyan in any federal criminal matter and believed the probe included hacking and possibly “other issues.”

The attorney denied that the search of Bkhchadzhyan’s phone was connected to Mesrobian, who has been held in North Kern State Prison in Delano, Calif., since Feb. 12.