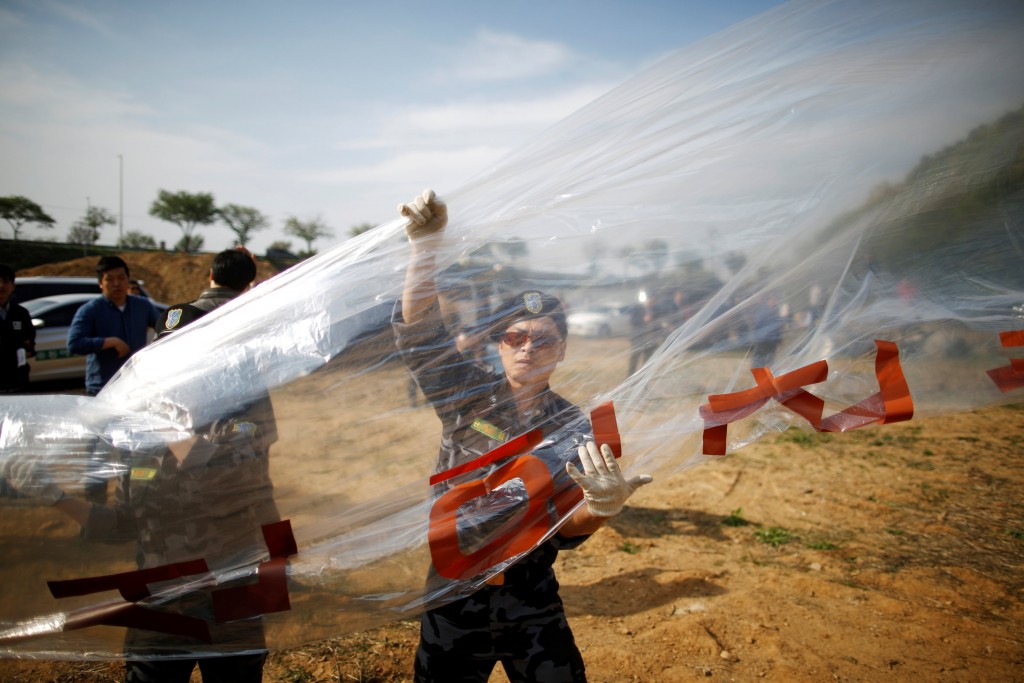 The White House on Friday said talks to install a new anti-missile defense system in South Korea would continue in the wake of nuclear arms and missile tests by North Korea despite calls by China and Russia for the United States to back off.

The nuclear test and missile launches violate U.N. resolutions against North Korea backed by Russia and China. U.S. and South Korean officials have expressed concern the North could attempt a fifth nuclear test in a show of strength ahead of its Workers’ Party congress, which begins on May 6.

North Korea test-fired what appeared to be two intermediate range ballistic missiles on Thursday, but both failed, according to the U.S. military.

On Friday, the White House said it was still in talks with its close ally South Korea and that the system, if installed, would not threaten other countries.

“Those discussions are ongoing,” White House spokesman Josh Earnest told reporters. “That equipment would be oriented toward the threat that is posed by North Korea, not oriented toward China or Russia.”

“This move goes beyond the defensive needs of the relevant countries. If it is deployed it will directly impact China’s and Russia’s respective strategic security,” Wang said.

“Not only does it threaten the resolution of the peninsula nuclear issue, it quite possibly could pour oil on the fire of an already tense situation, and even destroy strategic equilibrium on the peninsula.”

North Korea’s actions should not be used as an excuse to make moves that would escalate tensions, especially the U.S. deployment of an anti-missile system, Lavrov said, according to an interpretation in Chinese.

North Korea’s drive to develop a nuclear weapons capability has angered China, Pyongyang’s sole major diplomatic and economic supporter. But Beijing fears THAAD and its radar have a range that would extend into China.

Chinese President Xi Jinping has said Beijing would not allow war and chaos to break out on the Korean peninsula.

Earnest gave no timing on when talks with South Korea may concluded but added that “the United States is prepared to invest resources in keeping them safe.”

North and South Korea remain technically at war after their 1950-53 conflict ended in a truce, rather than a treaty. The North routinely threatens to destroy South Korea and the United States.